By DrLaPuma 3 years agoNo Comments
Home  /  EcoMedicine  /  What is Ecotherapy? 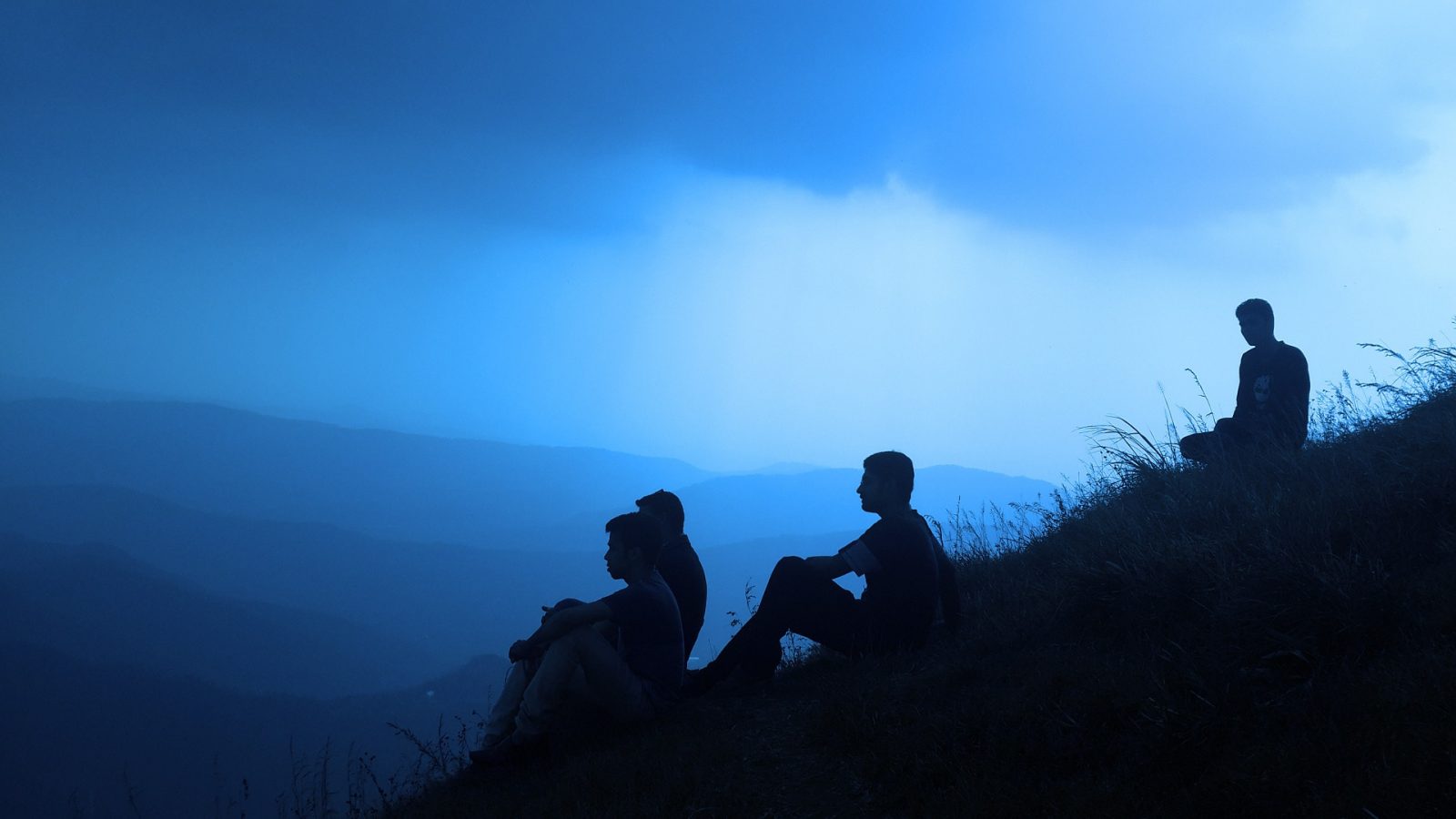 Like nature therapy, ecotherapy is one of those inscrutable buzzwords that is trending more and more these days. There’s a huge amount of misinformation and confusion surrounding this term, in part because many people using it seem to think that ecotherapy is interchangeable with nature therapy.

But in fact, while these two fields certainly have some things in common, ecotherapy is a completely different discipline with its own goals, values and methods. Much of the world might not see the difference between these fields, characterizing the debate as mere infighting between siblings, but I believe it’s actually important to distinguish between the two and their different approaches to understanding our relationship as humans to the natural world.

The spot on the Venn Diagram where these two fields overlap is the idea that humans and their environments are deeply interrelated. In the seminal text on the subject of ecotherapy, Linda Buzzell and Craig Chalquist’s book Ecotherapy: Healing with Nature in Mind, David Orr writes about how “the health of any living system is seldom tied to any single part but is dependent on both lesser and larger things. In other words, health is a systems concept that cannot be split off from the whole.”

The other place they overlap: they both think of themselves as umbrella disciplines: ecotherapists believe that all nature-based interventions are embraced under the shadow of the ecotherapy umbrella; clinicians who have developed expertise in nature therapy think that ecotherapy, like therapeutic horticulture and blue care, for example, is one of 11 or more sub-disciplines. This, I think, doesn’t even rise to the level of infighting: it’s just a slightly different world view.

Both disciplines agree that nature is not simply the backdrop against which we live our lives; human beings are very much a part of the natural world—and while the fact that nature’s health depends on us is gaining more traction culturally, the idea that our health depends on nature is still quite foreign to many people. In their own ways, both of these fields (nature therapy and ecotherapy) are trying to wake people up to the reality that what happens to nature is deeply relevant to our own health—both our bodies and our minds.

But the most important takeaway about ecotherapy—the thing that makes it a truly unique discipline, similar to but different from nature therapy—is its insistence that we don’t just think of nature as something that’s there to heal us. Instead, ecotherapy asks us to think of nature as a co-equal partner with humanity.

In Ecotherapy: Healing With Nature in Mind, the editors caution their readers not to think of nature as “a mere tool for human healing,” arguing that such a conception of nature “perpetuates the very self-world split responsible for both our ecologically resonant maladies and a deteriorating biosphere.” Ecotherapy wants to remind us we are not apart from nature; it is not here to provide for us; and the more we continue to think of ourselves as separate from it, the more we will continue the unhealthy behaviors that have made both humanity and nature so sick in the first place.

Why do we need ecotherapy?

So what exactly are ecotherapy’s goals? Lester Brown, who coined the world “sustainability” and founded the Earth Policy Institute, puts it succinctly this way: “Reaching a sustainable future means reinventing psychological healing as if the human–nature relationship matters—as it profoundly does.” Basically, ecotherapy argues that we cannot try to heal the mind in isolation; we need to understand our minds in the context of the natural world. And crucially, this relationship goes both ways; when used and treated correctly, nature can have profound healing properties—but when nature is sick, it can actually make us sicker as well.

Increasingly people are suffering from environmental illnesses either caused or exacerbated by toxins in the environment, from increasing numbers of asthma attacks and an earlier allergy season to rising rates of temperature-related death and illness.. The American Psychological Association has even designated eco-anxiety as an illness, brought on by the relentless day-to-day stress caused by prolonged drought, lack of access to clean water, food shortages, rising sea levels and other stressors directly linked to climate change.

Stress increases cortisol levels, and challenges our immune system, making us even more vulnerable to these environmental pathogens. So when nature is not functioning at its best, it’s nearly impossible for us as humans to do the same. And the health consequences from climate change are not evenly distributed; people of color, indigenous people, and lower income folks are all hit hardest by the worsening environment.

Many mental health conditions that can be linked to experiencing climate change are identified: trauma and shock, PTSD, compounded stress, strains on social relationships, depression, anxiety, suicide, substance abuse, aggression and violence, loss of autonomy and control, loss of personal and occupational identity, and feelings of helplessness, fear, and fatalism. And for those of us not yet directly impacted by climate change, there is still a huge amount of existential anxiety that can trigger these various conditions and symptoms, as we struggle with our place in the quickly changing world and worry about our children and future generations.

The evidence shows that when nature is sick, it makes us sicker too. But this is a profoundly difficult concept for many people to grasp, which is perhaps why ecotherapy’s crucial message hasn’t yet taken off in mainstream culture, even as the word itself continues to cultivate conversation. There are numerous reasons for this, one of which the APA calls “psychological distance”—namely, if we’re not personally experiencing the direct negative effects of climate changes ourselves, we’re much less likely to believe such consequences are truly happening. Another barrier to understanding is our political divide; there are so many people still unconvinced that climate change is even happening that it makes it near impossible to have a legitimate conversation with them about climate’s health effects.

The healing power of nature

If all of this has you feeling hopeless and depressed, clearly you’re not alone. But the good news is that while nature at its worst can be the cause of our woes, nature at its best can be our cure. There are so many small, simple ways to reorient our relationship to nature that have a huge effect on our personal health; some are brand new while others are ancient practices.

In Ecotherapy: Healing with Nature in Mind, the editors list a number of “green prescriptions” that ecotherapists and ecopsychologists are prescribing to their patients, especially those suffering from anxiety, depression and stress: reconnecting with nature and one’s own body; working with plants and animals; voluntary simplicity; detaching from rigidly artificial time schedules; changing home or work environments; dream therapy focusing on individual or collective nature dreams; wilderness retreats; environmental activism; healing spiritual practices; and recovery from compulsive consumerism.

One report from Mind studied how green exercise (such as moving your walk from the treadmill to the park) affected participants with different mental health issues. They found that 71% of participants who did the “green walk” reported a decrease in their levels of depression, while among those who walked through an indoor shopping center, only 45% reported a decrease in their depression—while 22% actually felt their depression had increased after their walk through the indoor, consumer-centric location. 71% of the green walkers felt less tense, while 50% of the indoor walkers felt more tense. And in terms of self-esteem, 90% of those walking in the country felt a boost, while 44% of those on the window-shopping walk felt their own self-esteem actually decreased.

These mind-blowing results show that it’s really not all in your head; getting a dose of nature has incredible positive effects on your mental health, while a stroll through the mall might actually be making you feel even worse.

And interacting with nature doesn’t just make us better as individuals; it actually makes us kinder and less selfish, allowing us to spread the effects of ecotherapy to our communities as well. A study at the University of Rochester asked participants to look at either nature or urban images before asking them a series of questions about their life goals. Those who looked at nature first placed “a higher value on community/connectedness values and a lower value on self-oriented [and ego-centric] values” than those who saw the city images. A second test involved a task asking participants to distribute funds, and again the nature-images crowd were much more generous and less greedy than the urban-images group.

There are multiple techniques under the ecotherapy umbrella, some of which overlap with nature therapy: wilderness therapy, eco-art therapy, adventure therapy, animal-assisted therapy, somatic ecotherapy and horticultural therapy. And there are certificate courses such as this one, led by the editors of Ecotherapy, if you’re a psychologist, social worker or nurse interested in deepening your understanding of its varied applications.

Me, myself and nature

In his TIME article on ecotherapy, Bryan Walsh reminds us that “human beings have evolved in synchrony with nature for millions of years and that we are hard-wired to interact with our environment—with the air, water, plants, other animals.” It should come as no shock, then, that over the past two centuries, after the Industrial Revolution and the many technological advances we’ve made, as humanity has distanced itself from the natural world, we’ve seen an uptick in mental and mood disorders like depression, anxiety, ADHD and stress, as well as general social disconnection.

Craig Chalquist, co-editor of Ecotherapy, makes the same point: “We began to get the impression that we were somehow above and separate from nature,” he says of humanity—and in order to heal with nature, “we have to acknowledge that we’re part of [nature], not the master of it.”

And John Muir put it this way: “When we try to pick out anything by itself, we find it hitched to everything else in the universe.”

Instead of thinking of ourselves as autonomous beings wandering around a planet that provides for us, ecotherapy asks us to think of ourselves as a cell in the body of the earth, a part of a larger whole that we cannot divorce ourselves from. Ecotherapy suggests that we think of nature and its many elements—trees, soil, animals, insects, bodies of water, and more—as partners, co-participants in the project of recreating our world as a healing home for all. Fixing our planet can seem like a daunting task, but if we all just started with ourselves and our communities, there’s no telling what we—humanity and the rest of nature—could do together.