What is Adventure Therapy? What is Wilderness Therapy?

By DrLaPuma 3 years agoNo Comments
Home  /  EcoMedicine  /  What is Adventure Therapy? What is Wilderness Therapy? 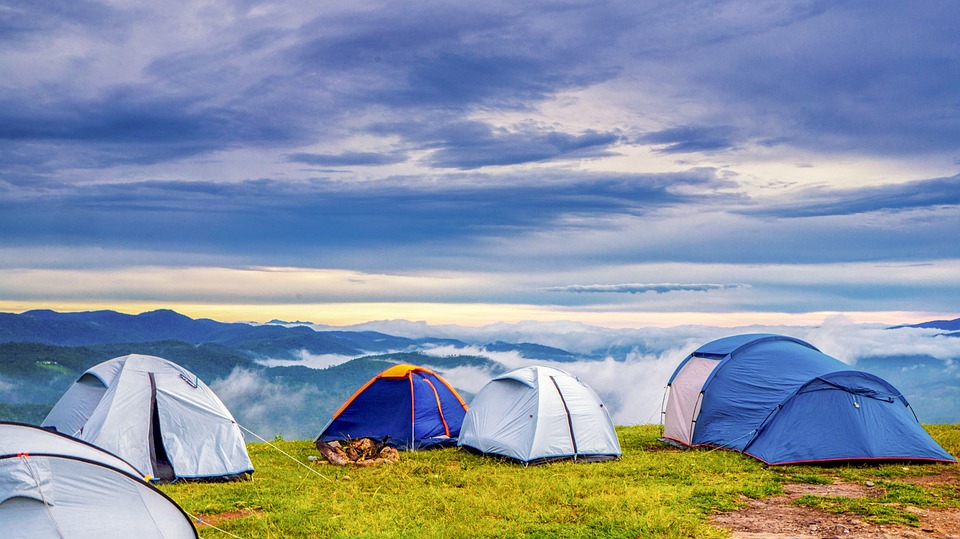 As we continue our deep dive into the various types of nature therapy, we find ourselves at adventure therapy, also known as wilderness therapy or experiential therapy.

So what is adventure therapy? Adventure therapy is hands-on and experiential therapy that usually (but not always) takes place outdoors. Activities like camping, hiking, ropes courses, rock climbing, sailing, trust games, and cooperative games all fall under the umbrella of adventure therapy, with the caveat that they must be undertaken under the guidance and supervision of a mental health professional.

The emphasis here is on active, kinesthetic experiences that allow patients to confront and overcome a wide variety of issues—like addiction, anxiety, depression, eating disorders, trauma, codependency, PTSD or other emotional/behavioral issues—by taking risks in a safe and supportive environment.

Adventure therapy has a longer history in the United States than you might expect. Several long-standing fields, notably the camping movement and the advent of progressive education, helped plant the seeds that eventually became adventure therapy.

The Friends Hospital in Philadelphia, the first hospital to incorporate the natural environment as a method for treating its patients suffering from mental illness, opened before 1800. A century later, a few other hospitals transported certain patients outside to tents—one after an outbreak of TB, another after a damaging earthquake—and found to their surprise that their patients were dramatically improving. These realizations led to the understanding that natural environments could be medically beneficial for patients and sparked the 20th century camping movement, which used camping as a form of therapy.

Meanwhile, the 19th century also saw the advent of the Progressive Education Movement, lead in part by John Dewey, considered by many to be a founder of experiential education. The movement held the position that experiential learning was a crucial means of broadening a student’s knowledge. They believed that students needed to be active participants in their own learning in an environment that stressed personal responsibility and the power of choice. The immediate feedback in the form of natural consequences, they argued, would help students become intrinsically motivated to take charge of their own education.

The combination of these two schools of thought naturally lead to the adventure therapy movement. The very first Outward Bound school—now the leading provider of experiential and outdoor education programs for youth and adults—opened in Wales in 1941, and its first American counterpart opened in Colorado in 1962. The sixties and seventies saw growth in programs of these kinds, seen as an innovative way to treat kids deemed at the time to be “problem youth” or difficult to treat in more traditional ways. Outward Bound had an outsized influence on various programs still going strong in the United States such as the National Outdoor Leadership School, the Teton Science School, and Project Adventure.

Like so many other subsets of nature therapy, adventure therapy has been around far longer than it’s been studied by scientists. However, in the last twenty or so years, more and more research has been done that provides ample evidence about the benefits of adventure therapy.

A 1994 study published in the Journal of Child and Family Studies involved the creation of a wilderness therapy intervention program conducted in Idaho. After studying and evaluating the outcomes, researchers learned that 95% of the participants found the project to be hugely beneficial—and six weeks after the program had wrapped up, the parents of the kids involved saw significant improvements in their children’s behavior and mindset.

A more recent 2013 study published in Child and Youth Care Forum looked at adventure therapy in the context of finding community-based interventions for children and adolescents that provided better results than existing traditional interventions. They also looked at factors like gender, race and primary diagnosis to see whether those affected the quality of the outcomes. The study found that participants in adventure therapy reported average decreases in problem severity that was larger than those whose counseling did not include an adventure therapy components—and these decreases were even more significant for their female and African-American participants.

It’s clear that adventure therapy, especially when combined with counseling, can have an incredible impact on its participants’ social, emotional and mental well-being.

Not just for kids

Because of its origin story based in experiential education, adventure therapy has historically been used mostly for teens and adolescents struggling with various mental health or behavioral issues. However, recent research is beginning to confirm that adventure therapy can be hugely beneficial for adults as well.

A 2011 study from Pacific University asked whether the same interventions that helped so many teens could also benefit adults suffering from mental illness as well, and it found “a consistent positive impact in physical fitness, attendance and self-esteem” in patients after the adventure-based interventions, especially when follow-up care was provided.

A 2015 study from the University of New Hampshire that studied the impact of community-based adventure therapy on stress and coping skills in adults found that it helped patients decrease stress, increase coping skills and build therapeutic rapport with their therapists.

And a 1998 study centered around adult men and women in recovery from addiction compared the outcomes from two groups, one which included adventure therapy and one which did not. Those in the adventure therapy group saw significant improvements in autonomic arousal, frequency of negative thoughts, and alcohol cravings. The 10-month follow-up relapse rate was 48% for the control group, while the group whose program included nature therapy had a lower relapse rate of just 31%.

Adventure therapy has also been used on adults trying to heal from trauma, substance abuse, grief, depression, anxiety, schizophrenia, anger management issues, and more. Some adventure therapy programs are now specifically targeting at-risk populations, such as She is Able—described in this mind-blowing article—which uses adventure therapy as a path to healing for adult women who were former sex-trafficking victims.

While more research should be done specifically on adventure therapy’s impact on adults, it’s becoming clearer as we study adventure therapy that it is immensely helpful for people of all ages struggling with myriad mental, social, emotional and behavioral issues.

What seems to make adventure therapy so effective for so many people is the way it combines the healing and regenerative effects of nature, community and physical activity.

The health benefits of being nature are something I talk about constantly on my blog and in my newsletters, but it bears repeating that there is a dizzying amount of research that confirms just how monumentally beneficial being in and engaging with nature is for our physical, mental and emotional health.

One of the most interesting ways nature helps heal us is by inspiring awe.  A 2018 multi-part study on the effect of awe on our health looked at both military veterans and youth who went on a white-water rafting trip, either in the American River in California or the Dinosaur National Monument in Utah. Participants self-reported on their well-being (things like stress level, mood, and general life satisfaction) before and after the trip.

They also kept diaries during the trip to mark at the end of the every day the feelings they’d experience, including ones like awe, amusement, peace, gratitude, joy, and pride. The study found a marked increase in well-being for those who participated in the study, especially the young people. When analyzing the diaries, the researchers found that awe seemed to be the emotion they reported having most often. Craig Anderson, who lead the study, says, “Experiencing awe in nature is a powerful way to impact people’s psychology.”

The community bonds forged by adventure therapy, and the social skills it can help impart, are another crucial component in its effectiveness. Adventure therapy has been found to have amazing interpersonal benefits such as better communication skills, the ability to give and receive constructive feedback, increased cooperation skills and teamwork, a willingness to accept help from others, and a greater appreciation and respect for the needs of others. By putting people in real world situations and asking them to problem solve together in the face of natural consequences, adventure therapy can help provide people with the kind of interpersonal skills they might not get with more solitary or one-on-one kinds of interventions.

Finally, rigorous physical activity is known to have a marked effect on our physical and mental health, an effect amplified when said physical activity takes place in nature. Exercise impacts our serotonin levels, as noted in this 2011 study. A separate 2013 study that looked at participants with depression who exercised three times a week found that after 12 weeks of regular exercise, ten out of the 12 participants were no longer categorized as depressed.

To focus on the “active” part of that physical activity: one of adventure therapy’s greatest gifts is that it allows people to be active and take charge of their own mental health in new ways. As the website for the Association of Experiential Education puts it, “the active process as the vehicle for change is at the very core of AT [adventure therapy].” By allowing people to take charge of their own health in the great outdoors, adventure therapy can help give new agency and tools to those trying to heal from their issues.