What are Care Farms? 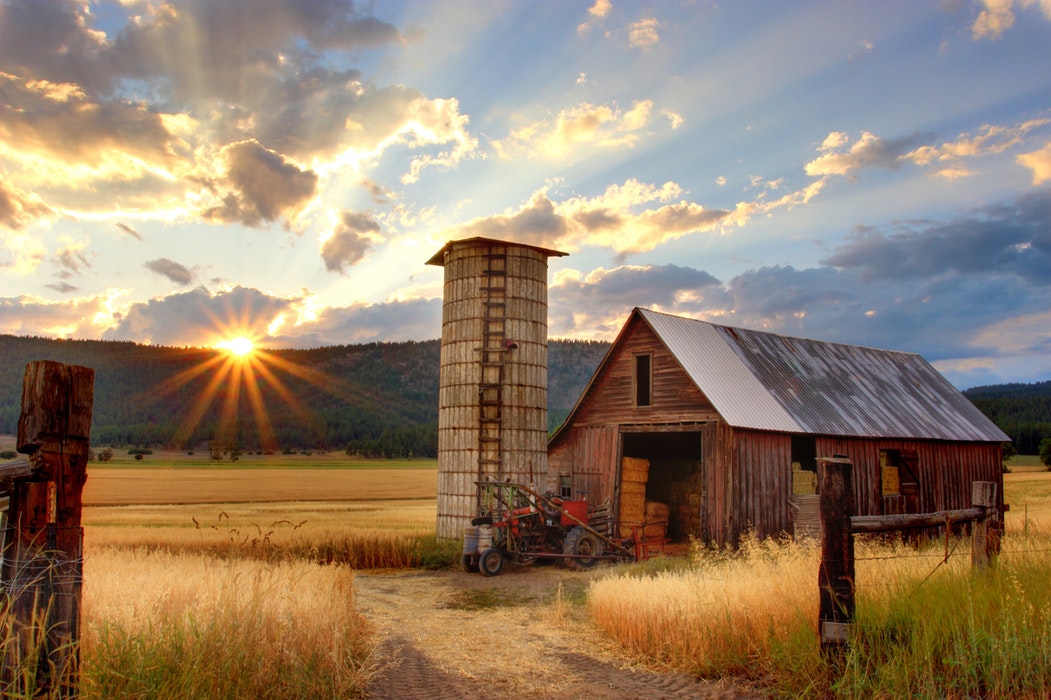 In this week’s installment of our series of deep dives on the various kinds of nature therapy, we’ll be taking a closer look at care farms.

Care farms provide structured and supervised care services, usually as part of an educational or rehabilitative program. They have been found to be successful for a variety of vulnerable groups, such as people with mental health problems, people suffering from mild to moderate depression, adults and children with learning disabilities, children with autism, people with a drug or alcohol addiction history, disaffected youths, and people on probation.

The history of care farms

Care farms may seem new-fangled, but you might be surprised to find they’ve been around in their current iteration for almost seventy years. The first farms that we would today identify as care farms cropped up in the Netherlands in 1949 and grew slowly at the rate of about one care farm a year until 1995.

After a sharp growth period and then a slow-down, the modern care farm movement as we knew it grew steadily starting in about 2004. The number of care farms in the Netherlands has blossomed from just 75 in 1998 to over a thousand in 2009, and that number is still climbing.

Despite care farms’ roots being Dutch, the term “care farm” itself gained traction at the turn of the century in the United Kingdom; the foot and mouth scare there in 2001 forced many farms to diversify, so some of them began to offer care to vulnerable communities.

The National Care Farming Initiative was then founded in 2005 by a coalition of representatives—from various organizations concerned with health, welfare, farming and education—to help the often isolated care farms in the nation have a way to collaborate and receive support.

The organization became Care Farming UK in 2011 and remained as such until 2018, when they merged with the Federation of City Farms and Community Gardens to become Social Farms & Gardens. The organization has given care farming a unified voice in the UK, as well as organizing national conferences, developing case studies and resources for new potential care farmers, launching local and regional initiatives, and generally getting care farming on the map and into the minds of regular people and policy makers alike in Great Britain.

Care farms are most popular in the United Kingdom and Europe; there are thousands of care farms in European countries, often connected to their social service programs, and places like Norway, Sweden, Belgium, Italy and the Netherlands have a well-established—not to mention well-respected and well-researched—care farming industry.

In contrast, the number of care farms across the entirety of North America still numbers in the dozens, and the research and institutional support for these therapeutic farms is still sorely lacking in the US.

Not your average farm

While good old-fashioned farming can certainly have an impact on our physical and mental health—after all, that’s one of the premises on which nature therapy and therapeutic horticulture are founded—traditional farms and care farms are not one and the same. Care farms are specifically structured to serve a therapeutic purpose. They are licensed outpatient programs led by mental health professionals, created for the express purpose of providing healing to the vulnerable people who entrust the farms with their care.

On a care farm, the land—farmland, woodlands, gardens—become a base from which to promote health through farming activity. Patients do whatever needs to be done on the farm— agricultural work, tending to animals, and more—alongside social workers, therapists, and even trained therapy animals.

Many care farms even accept medical insurance. As Social Farms & Gardens puts it in their FAQ, it is not simply the presence of therapeutic interventions or green spaces that make a care farm; it’s the “combination of the intervention and the working farm environment” that defines a care farm.

Andrew Lapin of Cultivate Care Farms in Boston spoke in detail about what makes a care farm, noting that, similar to many other forms of nature therapy, he and his colleagues faced several unique hurdles in getting the program off the ground. One problem is the misunderstanding that care farms are legitimate medical interventions: “We’re not just a petting zoo,” he said. “This is a medical appointment. You’re working with a licensed therapist or intern under supervision.” He added that his second hurdle was convincing insurance companies that “this is an effective means of treatment so that we can become as accessible as possible and not just a private pay clinic.”

The benefits of a care farm

Care farms provide crucial health benefits—mental, physical, and emotional—for a diverse variety of vulnerable populations. The benefits of care farms seem to be tied up in the unique combination of a variety of factors: green space, useful work, and community.

A 2006 book from a university in the Netherlands espouses the wildly diverse benefits of care farms, like “space, quietness, useful work, diverse activities, caring activities, working with plants and animals, and the protective and caring environment of the farmers’ family and social community.” The process, they say, has been found to contribute to “self-esteem, social skills, rehabilitation, inclusion, responsibility, physical health and sense of purpose.”

Another care farm, based in Massachusetts, lists benefits such as “improved social interaction, enhanced confidence, developing awareness of well-being, working individually and as part of a team, and preventing deterioration in many conditions.”

They can also offer individuals the chance to learn useful skills that can later translate to paid work or even just an increased sense of self-worth. Psychiatrist Dr. Martha Shinagle, who works at Hopewell, a care farm in Ohio, discussed how the effects of working a care farm can be far-reaching. “You not just get the medication stabilized, but you learn how to take care of yourself here…. Work is a really important part of our lives, something that provides structure and meaning. You get up because you have not just an obligation to go to work but because it’s important to you.”

Care farms often provide what regular medical interventions cannot do alone; they allow patients to take responsibility for their own well-being in ways that affect them long after they leave the program.

Physical health benefits include development of farming, functioning and basic skills and increased mobility, while social benefits can include development of social skills, team working, independence, formation of a work habit, personal responsibility and enhanced trust in other people. But researchers are most interested in the possibilities care farms open up for those whose mental health is suffering.

A 2017 paper published in Natural England on the role of nature-based interventions in mental health care detailed the exciting prospects things like care farms can provide for healing—with the caveat that support and access is still sorely lacking: “These nature-based interventions,” it reads, “could be part of a new solution for mental health care…however increasing the awareness of, and access to, these interventions is challenging.”

Like many of the other forms of nature therapy discussed in this series, one of the biggest hurdles is increasing both awareness of and access to care farms for people of all backgrounds and classes.

On this blog we’ve covered ground numerous times on how interacting with the natural world—plants and animals included—is wildly beneficial for us as humans, but the social and community element of care farms that works in combination with this green element is one that appears again and again in the literature as a unique benefit of care farming.

On most of these farms, people live and work among each other and have to learn how to work together, collaborate, and listen to one another in service of a larger purpose: keeping the farm running and thriving. Matt Home, head of a care farm in Shropshire which offers care to addicts and ex-offenders, put it this way: “Working the land isn’t enough alone, you need the therapy too. But there’s something about coming, as most of these lads do, from very chaotic environments to this place that is therapeutic. You have to take responsibility here, you have to work hard, you are a valuable member of the community. If you don’t water the plants or feed the animals, they’ll die.”

Much like adventure therapy, participants are bonded by a mutual goal—but because farming is more accessible than mountain climbing or river rafting, care farms can be beneficial for a more wide-reaching swath of people dealing with illnesses or symptoms that would keep them off a cliffside or raging river.

Who is it for?

Because of its accessibility, care farming has been used and proven useful for a truly diverse variety of populations, including young children, adolescents, those with psychological problems or addictions, older adults with dementia, offenders serving community orders, and people with ADHD, autism, anxiety, or mental handicaps. This fantastic Dutch research analysis by Marjolein Elings, Plant Research International, Wageningen UR documents care farms and their effects. It has been translated to English from the original Dutch, and lays out in detail the various benefits care farms can provide for several populations with different needs.

For young children suffering from trauma, care farms often serve as a kind of crisis shelter for those who need to be placed out of the home temporarily. The research shows that care farms provide a clarity and safety that’s crucial to healing; the daily structure and expectations are clear and provided by nature rather than artificially imposed, and the peace and quiet of the rural environment aids in their healing process.

Older folks, especially those with dementia, are another population for whom care farms are an excellent solution. The small-scale, contained living environment allows them to have a level of control and responsibility over their environment while at the same time remaining in a safe, secure and pleasant space. A 2019 study in BMC geriatrics also found that the person-centric care offered on care farms was seen as a huge plus by seniors.

A third study examined the 33 Norwegian care farms and their day care of 227 dementia patients, finding that they worked as other daycare/assisted living centers in organization, daily structure, and number of health educators, but included animals, gardens and the outdoors.

It’s clear that care farms have produced positive results for a variety of people, but more research is needed, especially in the US, for care farms to become a viable part of a green prescription. If you’re an American intrigued by what they’re doing in the E.U., check out this list (and this one too!) of US care farms to see if there’s one in your area.

Why does our body need water?