Your Brain On Nature: Natural Ways To Improve Memory 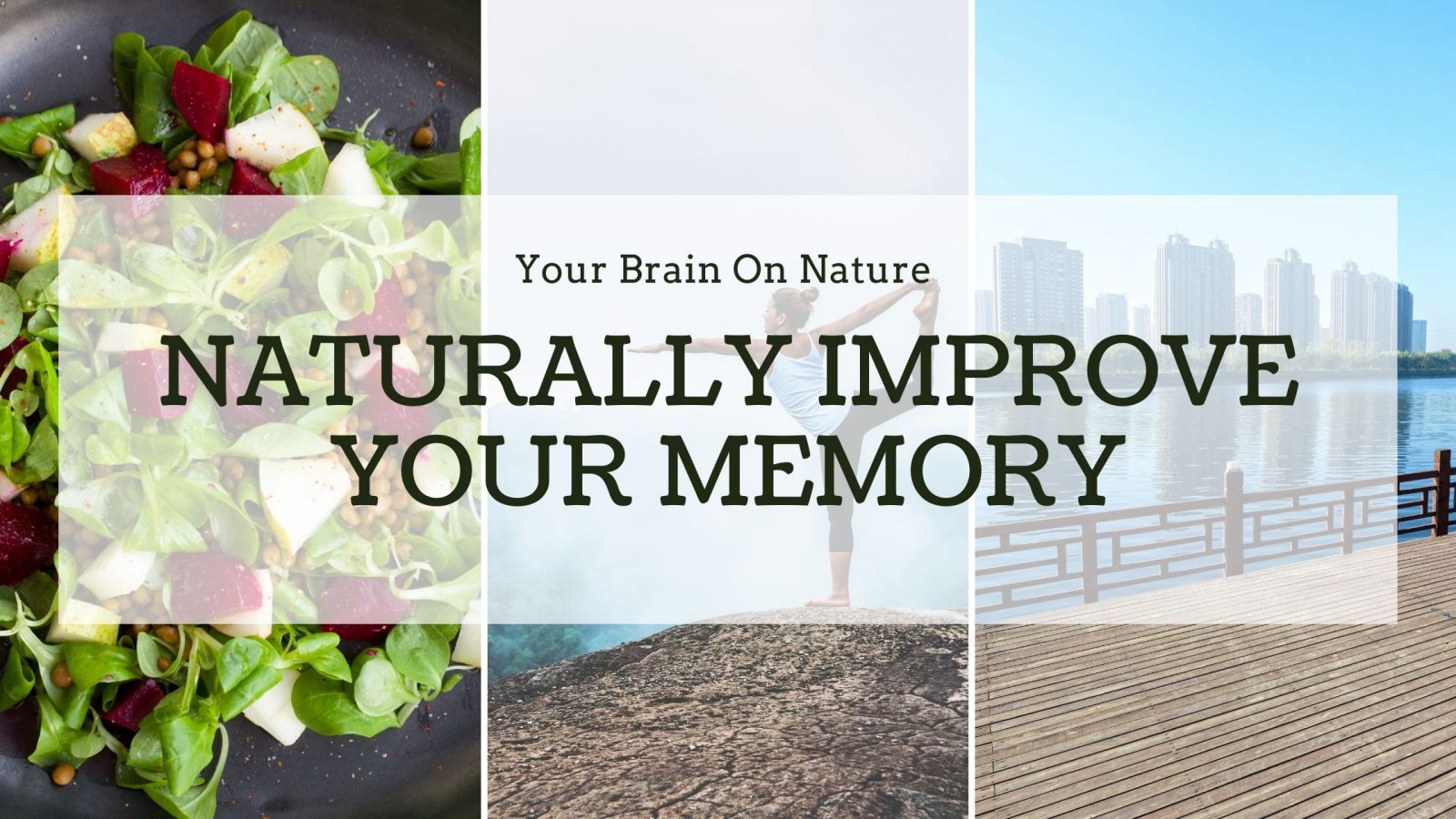 If you’re forgetting your keys more often or missing appointments, you might think that your memory is going, and your thinking and reasoning skills are not far behind. But these age-related changes are not necessarily Alzheimer’s or another dementia. The memory loss might be a nutritional deficiency, a medication interaction, sleep apnea, a silent stroke or even chronic stress which has added up to an anxious or depressed state. Good news: it’s treatable.

While there is still some confusion about why we lose our memory as we age, there have been some proven hacks to improve our memory such as:

Let’s explore why we age and go in-depth about a couple of the nature-based ways you can improve your memory!

Why do we age?

In a normal adult brain, your memory capacity decreases as you age. While this can turn into dementia or Alzheimer’s, it can also be that you’re not as sharp or don’t remember as much as you used to. Yet, some people, called SuperAgers, don’t see this same decrease in memory capacity as they age. The exact reason why this happens is still being studied by researchers, though new research is emerging on what sets SuperAgers apart.

A 2013 study compared older adults with normal memory capacity for their age group to SuperAgers, those who have the same memory capacity and cognitive skills as counterparts 20-30 years younger than them. The study found SuperAges had a different genetic and anatomic makeup; they had unusually low Alzheimer pathology and high numbers of von Economo neurons.

While on the surface, the presence of certain genes and neurons might make you think your cognitive skills are genetic and predetermined, that isn’t necessarily the case. The study’s authors recommended longitudinal studies as a way to study the factors which contributed to the SuperAgers healthy brains. Since 2013, some research has been done to determine possible factors that influence memory.

While genetics do play a role, they don’t represent the entire story. Environmental conditions and your habits also influence your memory capacity as you age. Often, it is recommended to spend time learning new things or reading in order to prevent memory loss. While these are good suggestions, they aren’t the only (or most effective) ones. Natural wellness solutions ranging from gardening to eating more rosemary can help improve your memory.

A 2019 study outlined the benefits of gardening activities for cognitive function in older adults. Forty-one seniors from South Korea participated in a gardening program which includes about 20 minutes of moderate gardening a day. Nurses examined indicators of memory capacity before and after each session. Over time, the participants’ cognitive abilities strengthened. 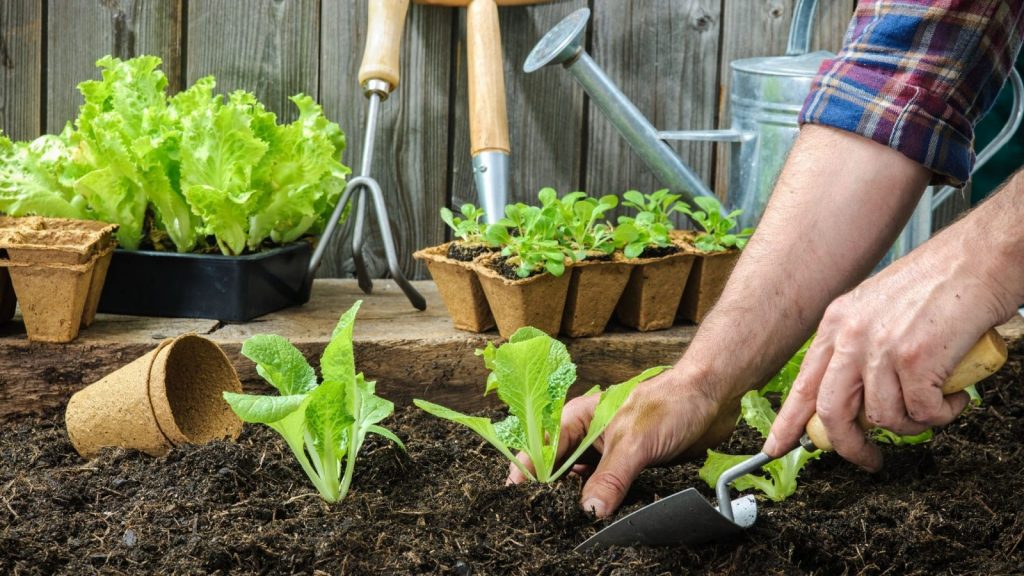 A comprehensive literature review from 2012 in Psychiatry Investigation investigated the evidence to support therapeutic gardens for the elderly, especially those in assisted living or dementia care facilities. It makes the case that “constructing…dementia residence gardens that encourage autonomy and sensory stimulation is an economically sound, non-pharmacological strategy for improving the quality of life for persons needing these types of residences.” Garden programs provide strategies that reduce reliance on medication while at the same time providing benefits like autonomy and mental stimulation.

Recently, everyone, from top researchers to TikTok creators, has been discussing the mental health benefits of walking outside. But while mental health walks do decrease stress and improve mood, there are other benefits to walking, including improved memory.

Physical activity and fitness can help improve verbal memory along with decreasing depression and improving quality of life. A 2018 study found all three of these claims to be true when studying the impact of exercise on nursing home residents. The researchers looked at both strength training and walking outside. Interestingly, the nursing home residents saw the biggest increase in verbal memory from walking outside and upper muscle strength training. This suggests a good exercise regime includes both strength training and walking or a form of cardio. 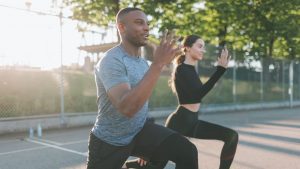 To supercharge the benefits of working out, take your walks or workouts outside! Nature has also been linked to increased memory capacity and other cognitive benefits in a landmark study from the University of Michigan in 2008. The researchers concluded nature can have a restorative impact on cognitive functions, including memory, when compared to urban environments.

If you want to develop a consistent outdoor walking habit, check out my free walk to wellness challenge.

One plant you might want to include in your new garden is rosemary. It’s been found to improve cognitive function whether you use it in aromatherapy or season your food with it.

A 2012 study looked at the effect of dried rosemary powder on the cognitive function of participants with a mean age of 75. The study had one group which was given four doses of rosemary over a six hour period and another control group given a placebo. After seven days, the researchers monitored the cognitive activities of both groups and found the group given the rosemary powder had a speedier memory than before the study while the placebo group did not.
Rosemary was found to increase both the speed and accuracy of cognitive function. 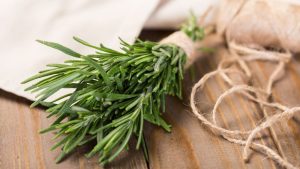 Whether or not you decide to incorporate rosemary into your meals, start a garden, or commit to exercising more often and outside, you do have options to naturally increase your memory capacity. While some people may be SuperAgers due to genetics, there is ample research out there to suggest your habits and lifestyle choices influence your memory later in life. Choose decisions today that you will remember tomorrow.

Natural Remedies For Anxiety That Work For the Whole Family

Five Ways to Make Yourself Younger by Focusing on Artery Health