Our Planet, Climate Change, and EcoMedicine 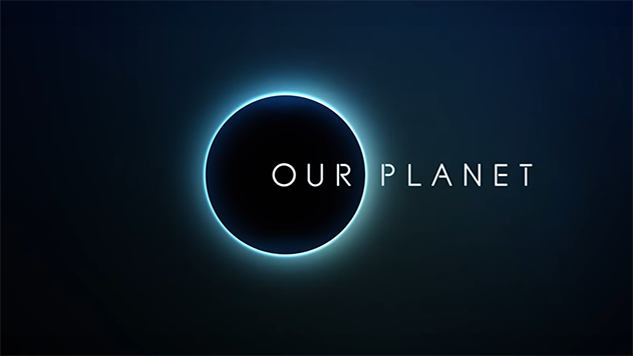 There’s a fantastic and groundbreaking new nature series out recently on Netflix called Our Planet. It’s narrated by the inimitable David Attenborough of Planet Earth and Blue Planet (clearly he’s got a niche!).

But what makes this new show so exciting—and so different from those that have come before it—is how it acknowledges and shows the consequences of climate change on the natural world in a way that, up until now, has been quite taboo in the world of nature programming.

Up until now, most nature programming has focused on the beauty and awe-inspiring qualities of nature, making little to no reference towards the changing environment. But Our Planet tackles the reality of the thorny situation we’ve placed ourselves and the rest of nature in. In the first episode, Attenborough relates the sobering news that “what we do in the next 20 years will determine the future of life on Earth”—even more sobering when you realize that Attenborough, at 92, won’t be around to see whether we follow through or not.

Our Planet does what nature shows have always done: it shows us fantastic, marvelous creatures in their natural habitats as they find food, attract mates and provide for their young. What’s new, though, is the way in which it highlights how much climate change has affected these animals’ ways of life.

In a hard-to-watch segment, walruses crowd a rocky edifice, as their usual icy resting place no longer exists. These animals, weighing over a ton, were built for ice, not rock—and that becomes all too clear as several of them plummet off the mountain as they attempt to return to the ocean.

It’s incredibly hard to watch, but it’s also the first time I’ve seen the warping effects of climate change in such a stark way. I hope that the show changes the way people think about climate change and helps them see that its consequences are not just in the future–they’re already here, being borne by the animals unwittingly on the frontlines of this disaster.

Despite several heartbreaking moments like this, it’s a truly compelling and fascinating must-watch. It heartens me to see that mainstream culture is starting to depict the profound impact that we as humans have on the world around us. Plus, watching an episode can serve as a little dose of nature therapy for you!

Nature therapies are part of the field of EcoMedicine. EcoMedicine maintains that your personal medical health and the health of your environment are two sides of the same coin. As you use nature to lower your blood pressure, assuage your anxiety, prevent and treat myopia, for example, you can also improve your surroundings, and make progress against climate change.