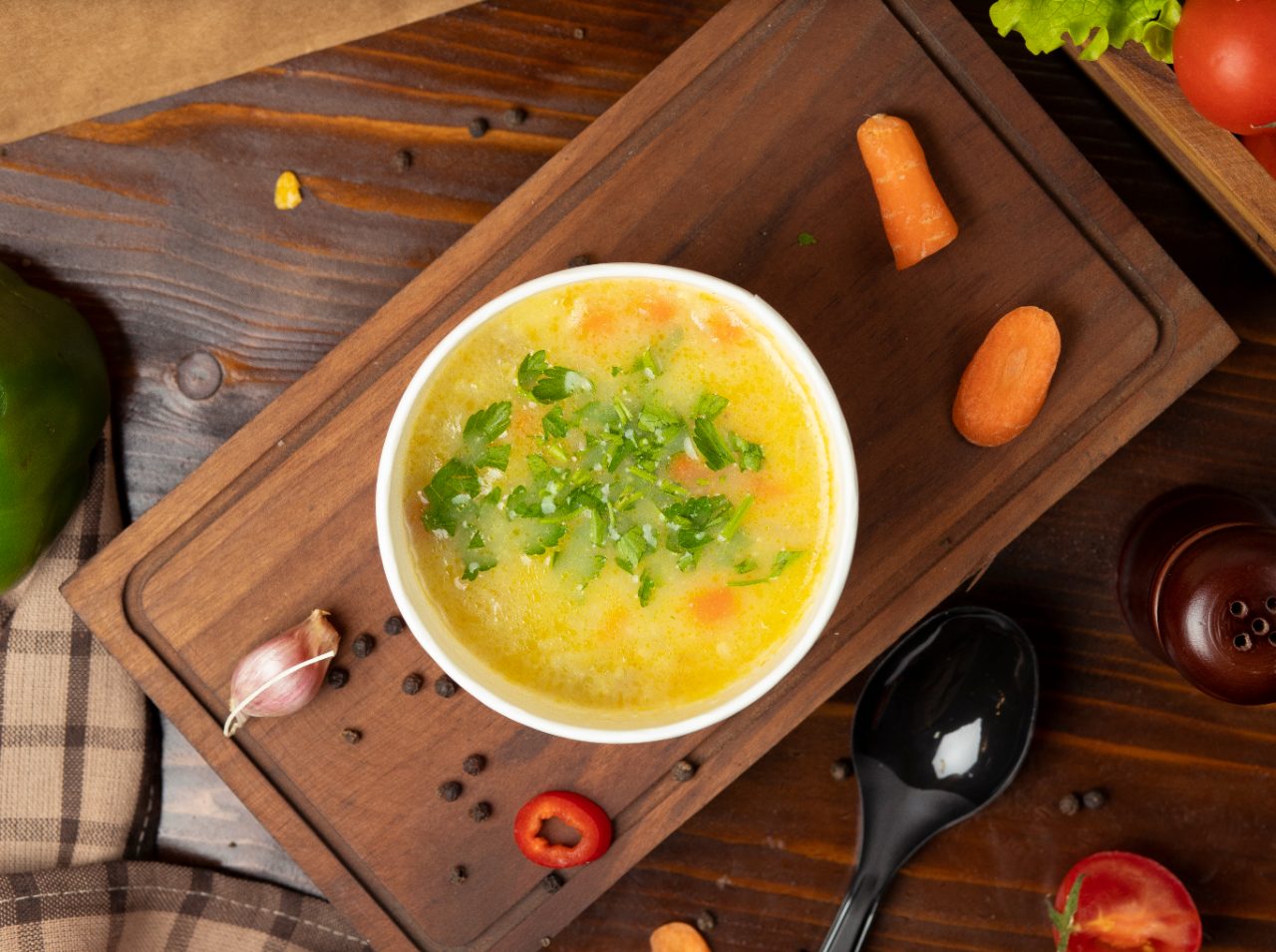 There was a time when all soup broth was made fresh, with vegetables, herbs, meat, and the bones from the animal, be it fish, poultry, or steer. But as soup became a canned convenience food, bones were often left out of preparation. Today, bone broth has made a resurgence for important health reasons, including supporting the structures of the musculoskeletal system.

While it’s not possible to acquire exact measurements of each nutrient contained in bone broth (every batch is different depending on ingredients), we do know it contains a wide variety of nutrients. In preparing bone broth, you are simmering animal bones and connective tissue, which are rich in calcium, magnesium, potassium, phosphorus, zinc and other trace minerals that our own bones rely on to maintain strength and contractility.

During cooking, the collagen found in bone and connective tissue transforms into a gelatin and releases amino acids into the broth. Amino acids (AA) are the building blocks for proteins that help form muscles, other tissues, and facilitate cellular activity in the body. For example, the AA glycine is used by the body to form tendons and ligaments, which support joints. Another AA, arginine, reduces inflammation. Bone broth also contains glucosamine and chondroitin, both of which are associated with healthy bones and joints.

You can use bone broth as a base for soups and entrées, as a marinade, or, depending on how it’s seasoned, you might like drinking it. There isn’t a specific recommendation for drinking bone broth. Because bone broth is not necessarily good for everyone, check with your health practitioner about adding it to your ongoing health-building strategies.

Nutrient-dense, home-cooked bone broth is easy and inexpensive to make. The key ingredient, of course, is the bones. Whether you choose chicken, duck, turkey or beef bones, select organic and grass-fed whenever possible. The key benefit of bone broth is the minerals extracted from the bone; you want to be sure you have the best ingredients. This broth can be made on the stove top, slow-cooker, or with an Instant Pot, which saves you a lot of time. Homemade broth/stock can be used as the liquid in making soups, stews, gravies, sauces, and reductions. It can also be used to sauté or roast vegetables.

What is Earthing? What is Grounding?

Mudding: An Ancient Treatment for Stress and Pain