Keep Physicians Safe From Burn Out 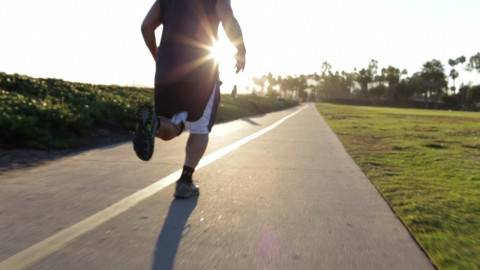 I am lucky: I was able to change my general internal medicine practice from near its very beginning, when I realized that I was not cut out to see 20 patients per day and keep up with documentation, on-call schedules and quota demands from payers and administration all at the same time.

I found other areas of medicine which I love–nutrition, wellness, media, food, writing, aging–and specialized my personal medical practice narrowly: first in clinical ethics consultation, and then in nutrition, which I do now, with few but very high quality doctor-patient relationships.

Huge numbers of physicians are suffering from burnout, with emotional exhaustion, depersonalization and feelings of low personal accomplishment especially prominent among primary care physicians: general internists and family physicians. Sadly, surgeons experience almost as much burnout, but are not as good at recognizing it, causing unforced medical errors.

Most studies (and there are at least a dozen) identify half of all physicians as experiencing burn out: this is true also in Canada, where the cost of physician burnout is estimated to be $213.1 million ($185.2 million due to early retirement and $27.9 million due to reduced clinical hours).  This seems very low to me, perhaps because of the differences in U.S. and Canadian health care systems.

I was taught, like many other medical students decades ago, that medicine is a calling instead of a career or a job. I think students are still taught so, but many physicians feel like they can no longer afford that view.

Medical education prizes the student and trainee who works the longest hours, separates her own feelings from the patient’s, strives for perfection in all details, and can survive sleeplessness and hospital food.

While these are effective short term strategies, students, resident physicians and practicing physicians too often do not learn other coping and wellness strategies until it is too late, and then they take another route: sell their practice to a large corporation; retire from medicine; retire early; or worse, suffer illness themselves. And if physicians do have those wellness skill sets, they too often find them subverted by the demands of the job, debt and others.

One research group has tried to predict physician burnout, arriving at four factors: time pressure, how much control one has at  work, pace of work and “level of chaos”; and values alignment with management.

These factors make sense for motivated professionals who have, at core, something other than money and status that drives them to try to do a great job. That means most physicians. Yet too many are barely keeping their heads above water with the deluge of demands, seemingly from every corner.

The impulse to sit with and listen to a patient who needs you, or explain lifestyle measures that lower blood pressure or cholesterol without the side effects of a pill, or dig deeper into a patient’s bag of supplements and cross-reacting prescriptions often passes, despite its promise of personal medical fulfillment, because it is just too costly: more time pressure, less control, a faster pace of work will all result.

As Diane Shannon has noted, “If I suppress my humanness to survive in an environment that requires such a sacrifice, how will I be able to see yours?”

We all need doctors who are thoughtful, responsible, compassionate and competent.  We are being robbed of too many of my colleagues, who cannot bear the burden any longer.

To recover not just happiness but a sense of self and empathy, practicing physicians need the kind of space, people and time to heal themselves. Physicians know that professional fulfillment is the key quality of life in the profession, yet that knowledge is buried.  The route I have taken is not open to every physician, but it should be.

The better approach, however, is to prevent burnout before it starts: to keep health care safe, we must also keep physicians safe.