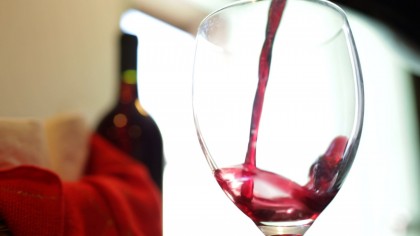 “Drinking 4 cups of coffee, decaf, or tea daily can reduce the chances of getting type 2 diabetes by about 25 percent to 35 percent.”

Chalk another one up for the convergence of food-is-medicine, the medical literature, and real food. The green movement and the local food movements are close behind.

And conventional medicine is finally catching up to patients. This week alone we’ve seen:

1. a glowing review of “an up-to-date nutrition reference text that physicians, particularly family practice physicians, should have on their bookshelves” …about food that can help prevent and control disease (more books on culinary medicine).

3. Chefs beginning to think about the flavors of street food and their own health in the same taco.

Maybe it’s the magnesium, lignans, and chlorogenic acids in coffee; maybe it’s tea catechins which lower sugar production; maybe caffeine has something to do with it.

But the take-out point? Food works. Get the right stuff.

If coffee or tea were FDA approved, there would be a run on doctors’ offices and pharmacies. Caution if you’re addicted, have a heart arrhythmia, or have an anxiety disorder. Otherwise, enjoy.