Co-enzyme Q10: Vital to Energy Production in the Body 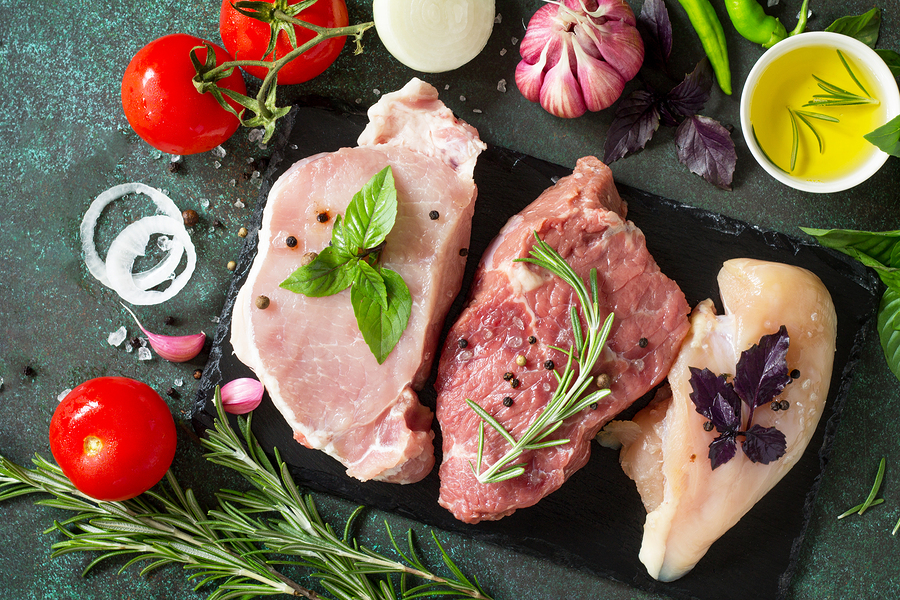 Very rarely is a substance so important – and prevalent – in the human body as is Co-enzyme Q10. As critical as it is, however, our body’s ability to make CoQ10 peaks at about age 21 and steadily declines as we age. By the time most of us are in our 80s, our natural source of CoQ10 has declined by 60-65%.

What causes such a steep decline? Several factors. Stress, medical conditions and drug interactions, especially statin drugs, can contribute to its depletion. While foods such as beef, pork, chicken, organ meats and fatty fish are good sources of CoQ10 (see chart below), it’s nearly impossible for our diet alone to make up for loss from age-related or external factors. 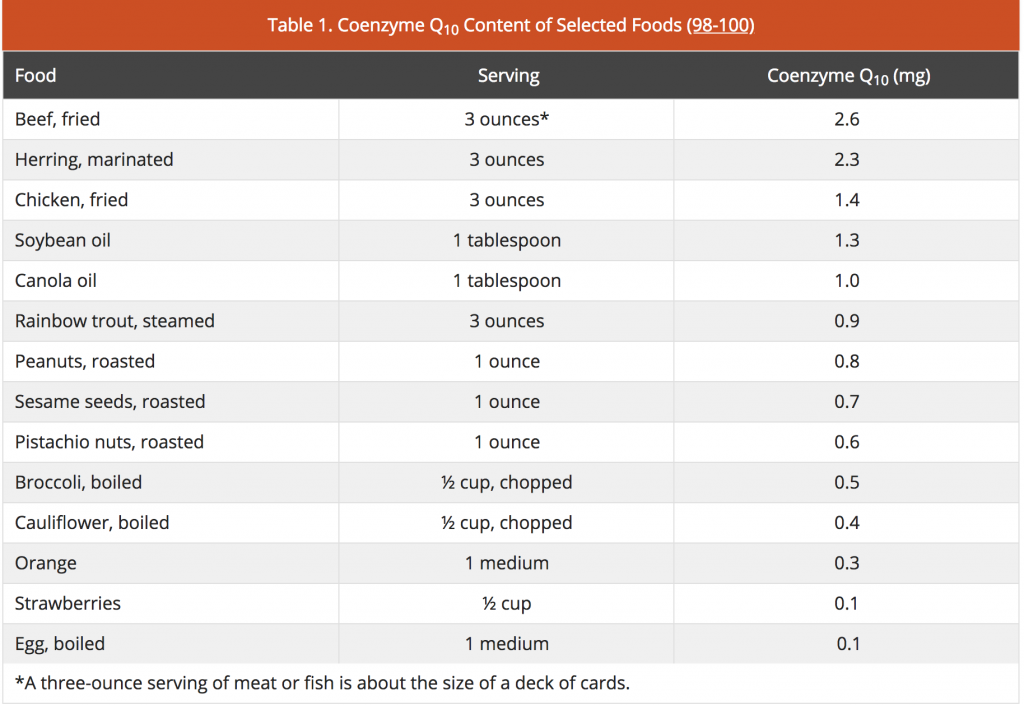 Here’s why maintaining healthy levels of CoQ10 is important: it plays a role in fueling the energy production mechanism in every cell of our body and helps maintain optimal functioning of heart muscle and blood vessel walls. As a potent antioxidant, it protects the integrity of the cells, keeping oxidative stress at bay – essential for bolstering the cells against disease and the aging process.

Research shows CoQ10 benefits people who are in the early stages of Parkinson’s disease. It also has been shown to improve the symptoms of congestive heart failure in some patients, and to potentially help reduce blood pressure in hypertensive individuals.

Signs of CoQ10 deficiency can vary tremendously from person to person and may include fatigue, muscle pains and / or spasms, joint pain, headache, frequent and long-lived illness and poor memory. There are tests available to check CoQ10 levels. If you’re clinically deficient, supplementation is recommended and doses can range up to 2400 mg a day.

An interesting fact: because CoQ10 is present in just about all body tissue, the scientific name of the supplement is ubiquitous Quinone, or Ubiquinone.

There are two forms of CoQ10 supplements: Ubiquinone and Ubiquinol, both of which are generally recognized as safe for adults.

Ubiquinone is the most studied form in all research prior to 2006 and is best for younger people who can activate CoQ10; here’s a supplement containing ubiquinone you can try.

Ubiquinol was developed to offer the same benefits as its predecessor but with greater stability in capsule form, and is the best option for older people who need better absorption. Vital Nutrients ubiquinol is one good option.

The ability to produce and absorb CoQ10 changes with age and health status. Talk with your physician about the the amount and form best suited to your needs.

Five Ways to Make Yourself Younger by Focusing on Artery Health

February 2, 2022 0
Aging and Costs of Aging Vitamins and Supplements Wellness and Mental Health

How to Protect Your Gut from NSAIDs

Natural Approaches to Living With Asthma

How to Promote Healthy Blood Vessels