Cherries on Top for Fighting Inflammation 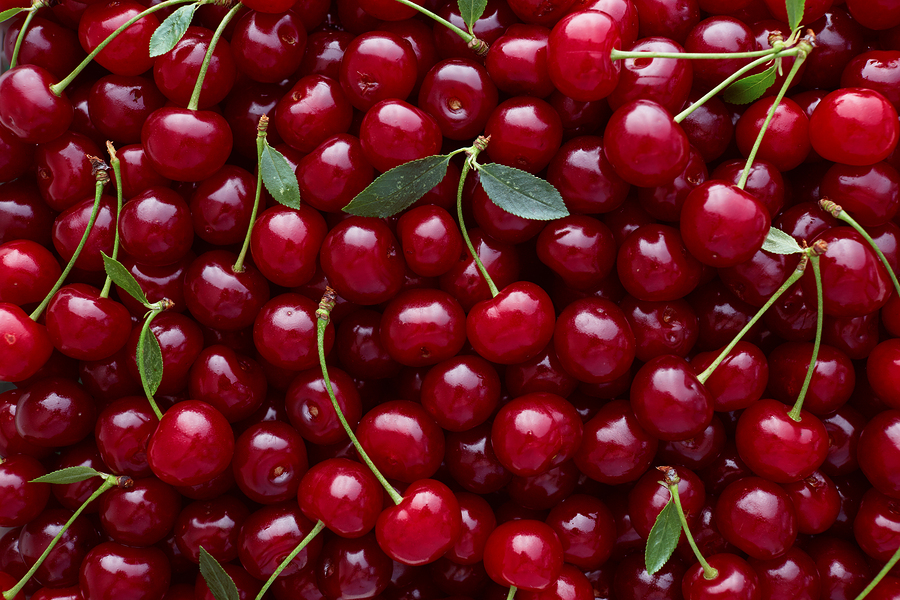 Succulent cherries, both sweet and tart, provide wonderful health benefits. And they are of course delicious when fresh, which is why I planted two varieties of cherry trees: a Lapins that was first harvested this year, and a white Tartarian, which will harvest in 3 years, I hope.

Cherries contain the antioxidant vitamin C along with substances called anthocyanins, both of which help scavenge those pesky free radicals that cause damage to cells (known as oxidative stress).

Anthocyanins, which give cherries their deep crimson color and are the most abundant of the class of plant pigments known as flavonoids, have also been shown to play a role in reducing cancer risk. This risk reduction is thanks to multiple mechanisms that interfere with the genesis of cancer cells.

Anthocyanins can: reduce damage to normal cells, preventing mutation; inhibit the secretion of inflammatory proteins, the overexpression of which may lead to tumor development; and protect DNA from “injury” due to free radicals. Injured or unstable DNA can act as the seeds of cancer formation.

Another powerful antioxidant in cherries is quercetin, which has a variety of health promoting properties. Quercetin belongs to a family of plant compounds called flavonoid polyphenols, which help reduce inflammation.

Among these compounds, quercetin is the one that demonstrates the strongest impact on inflammation at the cellular level, In fact, it’s likely one of the primary reasons that consumption of bing cherries was proven in one study to be effective at lowering  markers of inflammation in healthy men and women.

Quercetin can also helps the body put up a stronger defense against substances that promote inflammation in the skin, even in people who don’t get much relief from conventional treatments.

This makes quercetin containing foods, such as cherries, other dark berries and onions, potent healing foods for skin conditions with a strong inflammatory component, such as eczema and psoriasis.

Enjoy cherries as a healthy snack or take the time to remove the seed and mix cherries into smoothies, yogurt, or oatmeal. Whether you are drinking lightly sweetened cherry juice or eating dried cherries, you’ll get a similar amount of nutrients. Frozen cherries have fewer antioxidants and canned cherries have the least.

You might also consider trying a cherry supplement, such as this one, which is made from organic whole cherries.

When the Skin Erupts: Healing Eczema and Psoriasis