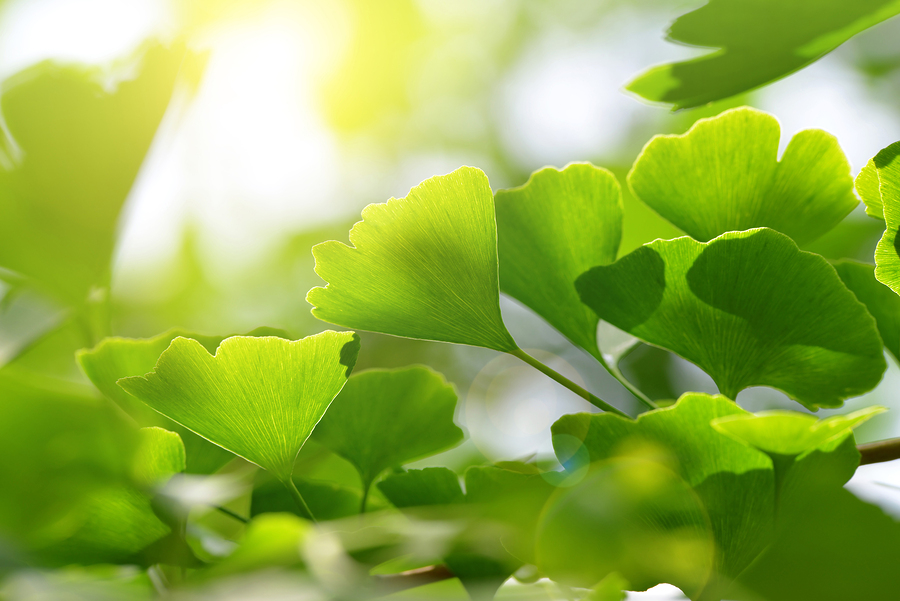 Boosting Brain Resilience with Ginkgo & Bacopa: One of the oldest living species of tree, Ginkgo Biloba’s leaves and seeds have been used in botanical medicine for thousands of years. Touted as the “brain herb,” Ginkgo has received extensive research attention for its antioxidant and anti-inflammatory properties and the role they likely play in supporting healthy cognitive function and treating dementia and Alzheimer’s disease.

It may even protect nerve cells from further damage caused by Alzheimer’s Disease or vascular dementia (VaD). A recent systematic review of research on the therapeutic effects of medicinal plants on VaD showed that medicinal plants, particularly sancaijiangtang and Ginkgo biloba, could improve behavioral and psychological symptoms, working memory, and activities of daily living as well.

Numerous other studies have shown that Ginkgo has a positive effect on memory, learning, and thinking in people with Alzheimer disease or vascular dementia. For some people, it may work as well as prescription medication for Alzheimer’s, but Ginkgo hasn’t been tested against all drugs used to treat the disease.

Also, testing Ginkgo supplements with healthy young and older adults has not conclusively shown a significant change in cognitive function. It’s likely the herb works differently in healthy people compared to people who have an impairment or illness.

Another herb worth noting is Bacopa monnieri, an Ayurvedic botanical medicine used for centuries to enhance learning, memory and attention span. Scientists have been investigating Bacopa for potential therapeutic intervention for Alzheimer’s and age-related memory loss.

Research suggests it may have a protective effect on brain cells by supporting optimal nerve conduction or helping them resist damage that can occur from infection, toxins, and the aging process.

Botanical medicines can interact with other drugs and medical conditions. Consult with your physician to determine if either of these herbs are appropriate for you.

Step Up Your Grilling Game