What Can You Eat to Beat Dementia or PreDementia?

By DrLaPuma 6 years agoNo Comments
Home  /  Aging and Costs of Aging  /  What Can You Eat to Beat Dementia or PreDementia? 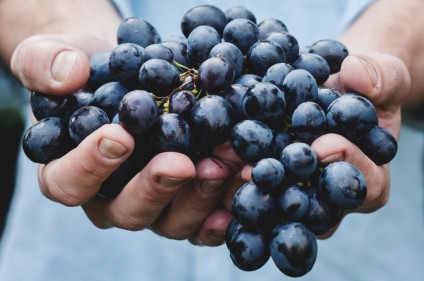 Food and dementia have a complex relationship.

Food also falls into eating patterns (relevantly, Western, Mediterranean, MIND, DASH, vegan and Grain-Free: all have had some effect on dementia development in more than 3 studies), as well as having specific, maybe helpful components (saffron, blueberries, strawberries, red wine, turmeric, coffee, apple juice, fish oil, leafy greens: there is data for each of these, and if you actually have dementia, they are worth trying in prescribed dosage, but it is clear that none of them by themselves are magic bullets or curative).

Dementia falls into diagnostic categories: the majority of dementia is Alzheimer’s (about 6% of adults U.S. and worldwide, and tripling by 2050), but vascular dementia and Lewy body dementia–which affected Robin Williams–are the other major categories, and there are many minor ones: alcohol-related, vitamin deficiency related, and rarely, venereally-related.

And finally, though we hope that food can help prevent and even treat dementia, and there is some reason to think that’s possible, people who are actually demented eat less: three quarters of demented people who cannot maintain their independence or activities of daily living need to be spoon fed, or often refuse food, or worse, choke on food, incurring not just embarrassment and a loss of nutrition, but sometimes aspiration, and aspiration pneumonia.

So, if we can, we want to slow brain aging, improve cognitive function while we have it, prevent predementia if we can, and slow the progression of it to full fledged dementia. But how?

For people who are well, without dementia, one answer is a Mediterranean diet supplemented with antioxidant rich foods such as extra virgin olive oil and nuts. There are least 5 good studies that tie the plant-based, wine drinking, modest meat, and regular fish approach to life, longevity and song (and s*ex, though I don’t think that was actually in the published manuscripts). Two of the five Blue Zones of longevity are in the Mediterranean (Sardinia, and Icaria in Greece).

A second answer is eat more foods rich in anthocyanidins–the dark pigments that are actually deposited in the brain’s hippocampus, where memory and learning take place: a cup of blueberries or strawberries daily can, according to the Harvard Nurses’ Health Study, improve cognitive aging by up to 2.5 years.  Other good sources: red wine and apples and Concord grape juice, which in a small placebo controlled trial improved verbal learning in older adults with mild cognitive impairment as well.

A third answer is the MIND Diet:(eat more of 10 brain-healthy foods–leafy greens, vegetables, nuts, berries, beans, whole grains, fish, poultry, olive oil, and wine–and a lot less of a few others:  red meat, butter and margarine, cheese, sweets and desserts, fried food, and fast food. In studies in Chicago, those who stuck closest to the diet staved off dementia 7.5 years longer, on average, than those who did not.

Because neurodegenerative changes occur early–even in middle age–but are often not apparent for decades, and because Alzheimer’s in particular is thought to come about because of genetic and environmental causes, changing those factors could prevent a lot of unhappiness and illness.

What about all those prevention-possible parenthetical foods in paragraph 3, not to mention DHA, omega-3 fish oils and vitamins D, E and C? Just not impressive enough to recommend, except to the extent they occur in food and can be eaten and enjoyed.So if you love coffee, drink it: it may be protective, but no one really knows. Ditto high vitamin C intake, and light-to-moderate drinking.

Two exceptions: first, supplemental DHA if you have an ApoE4 gene, which is rare…though the CNS symptoms of deficiencies of Omega-3 are similar to those occurring with B12 deficiency, a known dementia cause.  And second, a six supplement combo that does seem to improve memory and executive function in some people: it’s been tested in six randomized controlled trials at UMass-Lowell study, and is marketed as Perceptiv.

For people with predementia or mild cognitive impairment, close adherence to the Mediterranean Diet may slow the transition from predementia to dementia, and dementia itself.  Homocysteine-lowering by B vitamins slows the rate of accelerated brain atrophy in mild cognitive impairment: the treatment period in this randomized controlled study was 2 years. People took 800 micrograms of folate, 500 micrograms of B12 and 20 mg of pyridoxine. Another good choice is the MIND Diet, outlined above.

Why might any of these patterns or foods or micronutrients work?

For vascular dementia, it might be the reason they may work for other vascular disease (heart, brain, kidney, pelvic): reduction in neuroinflammation should also allow less obstruction to blood flow, and better repair of vascular damage.  It might be better brain reserve function, or it might be less homocysteine, which is a risk factor for dementia easily treated with B vitamins.  The benefit of the latter was mostly to those who were deficient in one of those vitamins to being with.

Finally, the Finnish Geriatric study (FINGER) study that appeared in Lancet in 2015 randomizing 1200 predementia men and women, ages 60-77, to a mulitpronged lifestyle intervention: they achieved symptom reversals in memory function and processing speed over two years. The diet is similar to a Mediterranean diet, but lower fat.

And if you actually have dementia?

So what should you do, if you want to prevent dementia?

I’ve focused here on what to do instead of what to avoid, because it seems so obvious, but I don’t want to take anything for granted:

B Complex (Folate, B12, B6) Homocysteine Formula

The Pre-Surgery Plan I’d Give My Friends and Family

Your (Kid’s) Brain On Nature: Tips For Getting Kids Outside More

3 Ways to Grow Your Hippocampus

Your Brain On Nature: Natural Ways To Improve Memory