Research on Men: Why They Don’t Go to Doctors (and what might help)

By DrLaPuma 11 years ago1 Comment
Home  /  Aging and Costs of Aging  /  Research on Men: Why They Don’t Go to Doctors (and what might help) 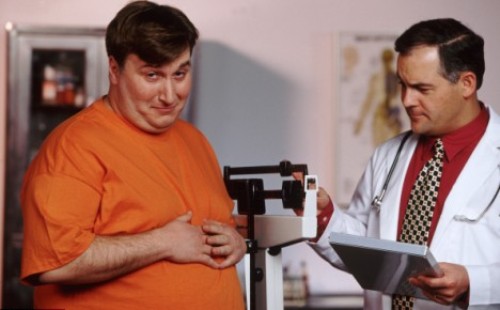 At KevinMD, Dr. Joel Sherman writes smartly about why men avoid going to the doctor.  One reason: it reminds them of mortality. A second reason: a potential prostate exam. A third: they have to wait, a lot. Plus, telling a female receptionist about a male-related problem is not great.

Men get more heart disease and die younger than women. Going to the doctor is usually an event (a screening exam, unable to move because of back spasm or broken limb) rather than a process (cancer prevention, for example).  Research on men backs this up.

In my office, men often come in for lifestyle advice, weight loss help or nutrition consultation if they have a close friend or relative who recently became ill. Say, someone who had a high calcium score (over 400) or had a heart attack or prostate disease diagnosis.

That’s especially true in men under 60; men over 60 know they need to protect their health. And they know that seeking help is an acceptable behavior, as is staying healthy.

Sometimes another doctor requires them to come in, or a wife/girlfriend/mother/daughter/lover makes them. It takes courage to come in.

45% of men don’t have a primary care physician, and 10% can’t remember when they last saw a doctor. 9% would avoid doctors even if they had blood in urine or semen.

On KevinMD, above, a nurse writes about her husband: “He’s a little overweight (20lbs).  He says, “I’ll go when I lose weight”.

It’s understandable that men feel that way.  But not necessary. What if it was a game, or competitive, or there were rewards involved, or it was actually fun?

Aging and Costs of Aging, Obesity and Weight Loss, Wellness and Mental Health

Weight Regain: Not Your Fault. It’s Your Hormones. But Which?