REFUEL Nation: Will this man’s story change the way you eat? (5/6) 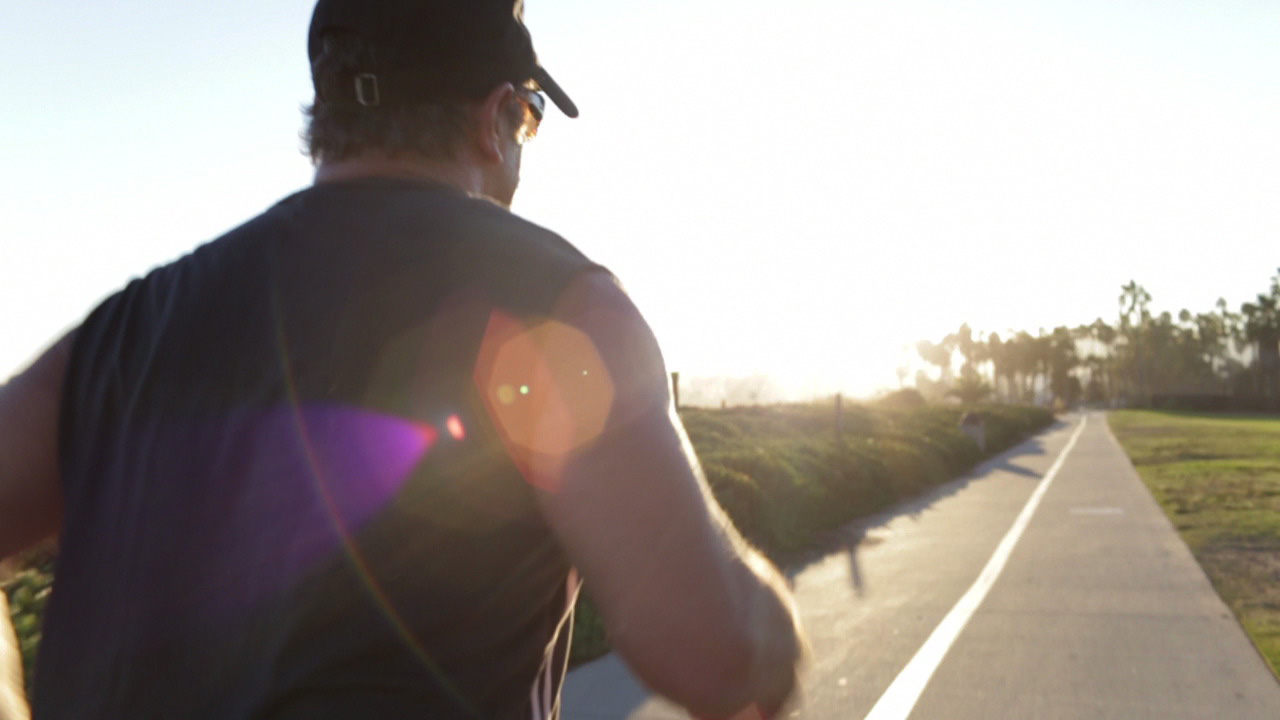 Here is #5 of 6 how-to stories to describe how successful men do it (often with women to help): how those who REFUEL  get their mojo back, when their body mass index (BMI) or waist size or both have hidden it. And they’re worried about Low T.

Jim has an actively involved wife, who knew just how to help him: she could have written the chapter called “A Plate for Two” in which I describe how women can improve communication with men about health. Gynecologist/PBS-star Dr. Christine Northrup’s says: “This the book women have been waiting for to give to men“, so I feel it might just be helpful.

I’ll continue to excerpt these stories (from my new book Refuel:  A 24 Day Eating Plan to Shed Fat, Boost Testosterone and Pump Up Strength and Stamina) every other week here.

Over a four-year period, Jim G. experienced two big changes: an elbow injury that put an end to his regular tennis matches and a new job assignment. The injury was a blow, but the new job as an elementary school psychologist  an even bigger blow to his weight: “I was in a position now where I was eating a lot of school lunches, which are about as heavy in crappy carbs as you can get.”

He had never had weight problems, but the combination of a lot of bad food and little exercise took its toll. “I gained about 15-18 pounds over four years.”

A favorite suit for Fiesta, the yearly celebration of Spanish culture in Santa Barbara, California, gave him an obvious sign of what had taken place. “I wear this Fiesta outfit every year—and I put it on last year and it was really tight. I told my wife, ‘I need to go on a diet.’”

Jim credits an overall increased awareness for helping him make changes quickly. “I never really paid attention to what I was eating in the school lunches,” he says. “But then I started noticing: mozzarella sticks with marinara sauce, nachos with cheese sauce…everything was high carb, high fat and high calorie.”

So he overhauled his lunches first. “I would stay up late or get up early to make sure I had my own food to eat.” Despite it being the end of the school year, the busiest time for him, Jim felt sticking to the plan was simple. “I never had any problems following it.”

He shifted other habits easily as well. “I started paying attention to what I was ordering at restaurants—looking for fish dishes with asparagus and salad. Always looking for protein and ways to eat more vegetables.”

Jim also started reading labels, more to find out what was in what he was eating rather than to track it. “I didn’t really count anything, but I did start to keep a mental calculation and focused more on what I wanted to eat and what I should limit. From the beginning I had success so I didn’t feel the need to log everything.”

Drinking enough water throughout the day was a big change for him. “I was not drinking nearly the amount of water I should be. When I did, I realized I was not every really hungry. I would not call this a diet because I was not obsessing about food.”

“I have more energy, I feel better, and I can exercise more,” says Jim after completing 24 days of REFUEL, which he plans to stay on. “The byproduct is that people are commenting on how I look better and asking if I’ve lost weight. My face looks thinner—just my overall appearance does, too. And I moved a notch or two over in my belt so that’s encouraging.”

At 61, he says before starting REFUEL he thought maybe the few pounds gained were just a part of getting older. But he was determined to wear his Fiesta outfit and to be able to perform in the events as he’s done for years. The changes were worth it and they didn’t disrupt his life: “It wasn’t difficult. It’s just as easy to make salmon and asparagus as it is to make pasta with meatballs.”

The key for Jim was how he thought about what he was doing.  “The beer gut has always been OK for guys, and we approach body image differently than women,” he says. “I just made the decision that I really need to eat better, which sounds better than saying ‘I’m going on a diet.’”

Do you see parts of Jim’s story that is your story, or the story of a man you know? Let me know here.

Tweetchat on Men’s Weight with @RobbWolf