What is Earthing? What is Grounding?

By Hanna Bahedry 2 weeks agoNo Comments
Home  /  Nature Therapy  /  What is Earthing? What is Grounding? 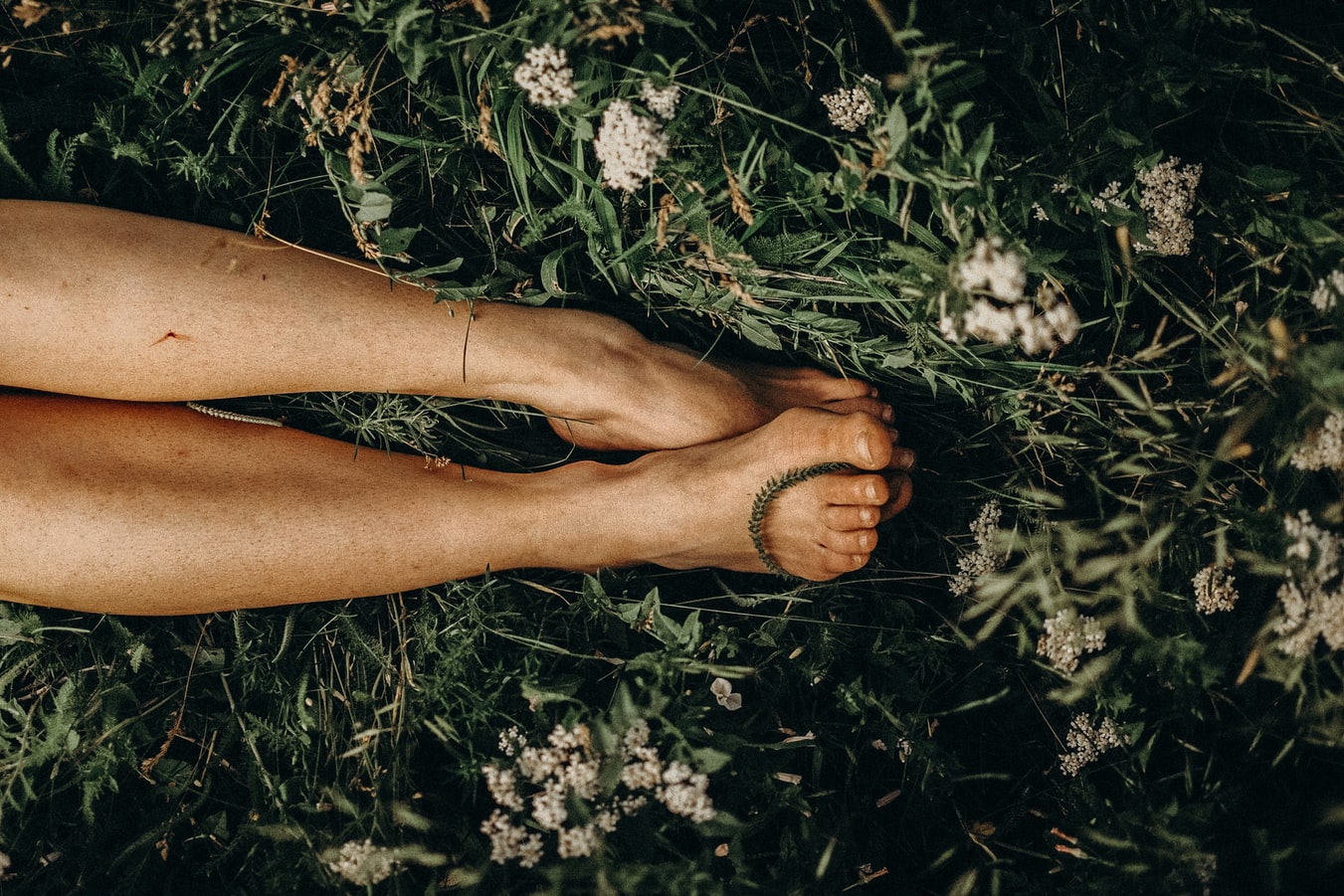 Welcome to another installment in my “What is Nature Therapy?” series, part of my mission to create a compendium of well-researched scientific blogs on the various kinds of nature therapy out there.

Nature therapy is a far more diverse and interesting field than people might realize—it’s much more than just “going outside!”—and so the purpose of these blogs is to show you the exciting range, diversity, and nuance of the many therapeutic interventions that fall under the umbrella of nature therapy. (You can check out the other blogs I’ve written on the site, on topics like gardening for dementia, therapeutic horticulture, pet therapy, adventure therapy, blue care, ecotherapy, care farms, forest bathing, hydrotherapy, and breathwork in nature.)

Today, we’ll be asking and answering the questions: what is earthing? What is grounding?

What is earthing, or grounding?

Earthing, also known as grounding, is a therapeutic technique that involves activities that “ground” the practitioner to the earth’s surface and reconnect them to the earth electrically. By walking barefoot outside or lying on the earth—or using conductive systems indoors that transfer energy to the body from the ground—folks who utilize grounding or earthing are said to receive a variety of positive health benefits.

So what kind of benefits does one purportedly get from earthing? Proponents say that earthing can lead to better sleep, reduced pain, reduced inflammation, destressing effects on the nervous system, reduced fatigue, reduced blood pressure, and more.

It might sound a little out there—but if you’ve ever stretched out on the grass on a summer’s day or squeezed your toes in the sand at the beach, chances are you’ve already engaged in grounding or earthing yourself! And if you’ve ever shuffled along the carpet in your socks and then accidentally zapped yourself on something or someone, you’ll know that our bodies can and do conduct electricity through the ground.

Before getting into the weeds, it’s necessary here to dip into the physics behind the theory. Every living and nonliving thing on planet earth is necessarily part of an electrical system, as we are all made up of atoms which are themselves made up of neutrons, protons, and electrons. While the earth’s natural charge is negative, thanks to natural rhythms of radiation from the sun, lightning, and the earth’s orbit, humans build up a positive charge as they go about their day. The thought is that getting in touch with the earth helps with the transfer of electrons, helping bring our bodies back to a more neutral state.

The question, though, is whether there’s any scientific basis to this idea. Is there? Keep reading…

The history of earthing

As students of history well know, humans didn’t always roam the earth in rubber-soled sneakers! Our ancient ancestors mostly walked barefoot or with footwear made of animal skins, and they slept on the ground or on skin. In fact, even up until about the 1960s, most folks wore shoes made of natural materials like leather.

It’s only in the past century that humans have started wearing insulating rubber or plastic soled shoes, and of course the majority of us sleep in beds and buildings far away from the earth’s surface. As a species, we’re more separated from the earth’s natural energy field than we ever have been before. What earthers and grounders contend is that our distance from and lack of connection to the earth’s natural energy has been one of the sources of the dramatic increase in chronic illness, immune disorders, and inflammatory diseases in recent decades—and that getting back in touch with this natural electrical potential can be a source of healing and wellbeing.

What’s more, modern earthers aren’t the first ones to suggest contact with the earth as a source of healing! There was a back-to nature movement in the late 19th century in Germany which touted the many health benefits of being barefoot outdoors, and a medical doctor in the 1920s looked into the practice after several patients told him that they couldn’t sleep properly “unless they were on the ground or connected to the ground in some way,” reporting improved sleeping using similar techniques. But the concept never really caught on in mainstream society.

Of course, the essential question is: what does the science say? As you might guess, this is a fairly under-researched field, and there’s a lot of work to still be done. But you might be surprised to learn that the science that has already been done strongly corroborates the grounders’ and earthers’ hypothesis. Translation? The science says that there’s definitely solid merit to the idea that human physiology benefits from being in contact with the natural electrical energy of the earth.

This thorough 2012 article did an extensive review of the scientific papers available on earthing and found a bounty of interesting information. They looked at a blinded pilot study on subjects who had suffered from self-described sleep disturbances and chronic muscle and joint pain for at least six months. Half the subjects slept on conductive carbon fiber mattress pads connected to the ground outside each subject’s bedroom window; the other half on “sham” grounded mattresses that weren’t actually connected to the ground. The result: “Most grounded subjects described symptomatic improvement while most in the control group did not.” And the study actually showed that the benefits went far beyond the expectations of just improving sleep and reducing pain: grounded subjects also reported “significant relief” from issues as diverse as asthmatic and respiratory conditions, rheumatoid arthritis, PMS, sleep apnea, and hypertension.

Stress reduction is another excellent benefit of grounding. A 2006 double-blind study ultimately found that, in participants who grounded with a conductive adhesive patch placed on the sole of each foot, “the changes in EEG, EMG, and BVP suggest reductions in overall stress levels and tensions and a shift in ANS balance upon earthing.”

Grounding is also shown to activate a shift from the sympathetic nervous system to the parasympathetic. (In layman’s terms, that’s a shift from fight or flight to rest and digest.) A 2020 double-blind study took 14 men and 14 women in good health, ages 18–80, and tested them while seated in a comfortable recliner during 2-hour grounding sessions; a second group conducted “sham” studies with un-grounded recliners.

The results for the grounded group showed several things: an “immediate decrease (within a few seconds) in skin conductance (SC) at grounding and an immediate increase at ungrounding,” while no change was seen for the control group; an increased respiratory rate during grounding, an effect which lasted after ungrounding; decreased blood oxygenation (BO) variance during grounding, followed by “a dramatic increase after ungrounding”; and increased pulse rate (PR) and perfusion index (PI) variances toward the end of the grounding period, a change which persisted after ungrounding. Taken together, the results indicate “a rapid activation of the parasympathetic nervous system and corresponding deactivation of the sympathetic nervous system,” as well as “the start of a metabolic healing response.” Pretty impressive!

Grounding has been shown to affect a wide variety of other systems too; one study showed improved heart rate variability, suggested that grounding is a great technique for supporting the cardiovascular system; another suggested that even just a single night of grounding can reduce primary indicators of osteoporosis; and a third still suggested that earthing accelerated the immune response. One study showed that grounding lead to decreased blood glucose in patients with diabetes, and other scientific observations suggest that regular earthing may improve blood pressure, cardiovascular arrhythmias, and autoimmune conditions like lupus, multiple sclerosis, and rheumatoid arthritis.

A 2019 selective review of research evidence, testimonials and clinical observations—which ultimately suggested to its readers that “integrative and lifestyle medicine strategies should include earthing”—took a look at some 20 odd studies and came away with the breathtaking conclusion that the data “suggests that the planet we live on is the original painkiller, the original anti-inﬂammatory: nature’s way to counteractinﬂammation.” Several studies they reviewed were based on a sports medicine research model called delayed onset muscular soreness (DOMS) and an electrode patch application to the skin, resulting in “clear evidence of pain relief and reduced inﬂammation from Earthing…. Earthing signiﬁcantly reduced the degree and duration of DOMS soreness and inﬂammation.” Other studies they reviewed found diverse benefits from earthing such as better blood flow, enhanced vagus nerve transmission, reduced stress, accelerated wound healing, reduced blood pressure, mood improvement, the regulation of hormonal rhythms, and even—get this!—a faster reduction in jet lag after flights.

The data is still thin, but there’s definitely something powerful at work when the body comes into contact with the earth—and it’s at least clear that it’s certainly not harmful!

So now that you’re convinced grounding has its benefits, you might be wondering how to go about incorporating its benefits into your life. Here are the various forms grounding and earthing take in practice.

The first kind, of course, might be obvious: walking barefoot on the ground! Connecting the soles of your bare feet to the earth is the simplest and most easily recognizable form of grounding. Whether it’s grass, sand, dirt, or even mud, slipping off those shoes and letting your toes get acquainted with the earth is grounding 101.

Lying on the earth is another easy and popular form of grounding. Skip the towel at the beach and get right in the sand, or skip the picnic blanket at the park and lay right in the grass. Even better, it’s the best position to cloud watch or stargaze from!

The more modern form of grounding, and the one most often used in scientific studies, requires “grounding equipment.” The idea is to connect your body to the electrical energy of the earth in situations where being outside isn’t feasible. You can buy grounding mats, mattress pads, blankets, socks or bands easily on the internet should you be interested in giving those a try. These often connect to the plug points in your home to get access to that electrical charge.

Take note: grounding equipment can often involve some kind of metal wiring that connects your body to the ground, which is why you should be careful when it comes to using it in order to avoid an electric shock. However, when used safely, they can be infinitely helpful tools for folks for whom strolling in the grass barefoot everyday isn’t feasible.

There’s still a lot that feels mysterious about the electrical connection between our bodies and our planet, but it’s exciting to realize that a huge source of healing for various ailments might be right below our feet. This fantastic “untapped health resource” could be a game changer when it comes to how we envision both our health and our relationship with our planet. In the same way science has confirmed how much we need clean air and water, sunshine, nature, and nutritious food to thrive and survive on our planet, maybe soon enough it will be common knowledge that grounding to the earth itself is another crucial part of our ever-expanding natural first aid kit.