Your (Kid’s) Brain On Nature: Tips For Getting Kids Outside More

By Angela Myers 9 months agoNo Comments
Home  /  Nature Therapy  /  Your (Kid’s) Brain On Nature: Tips For Getting Kids Outside More 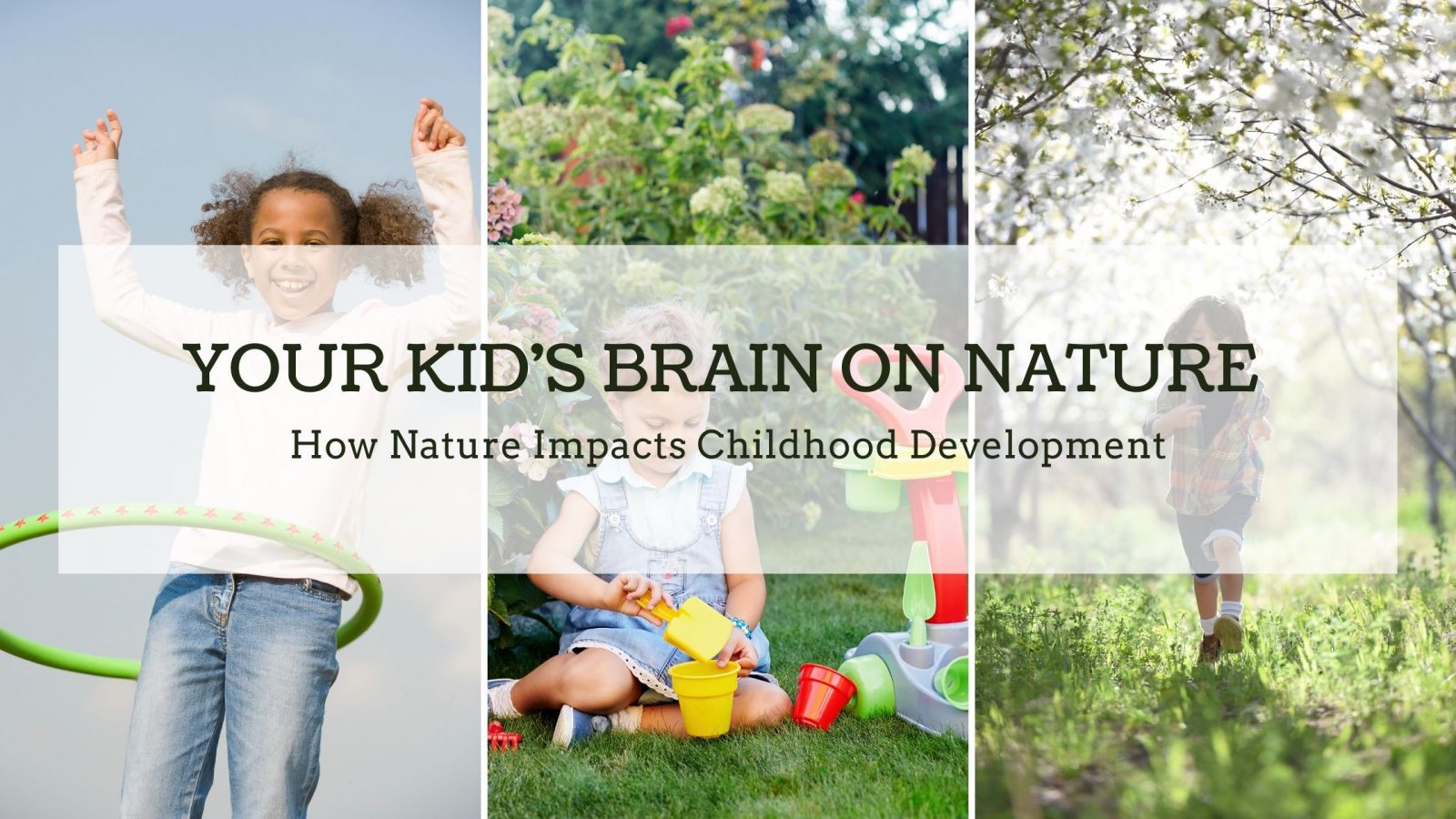 Kids these days don’t spend as much time outside as they used to. While you might write this off as a complaint made by those who don’t understand how hard it is to tear a child away from an iPad, there may be some truth behind it. Your kids’ brains are dramatically different when they spend more time outside.

Spending time outside can positively impact the brain health and cognitive development of children. When your kid’s brain is on nature, they are more creative, happier, better at learning, less stressed, and are able to experience a higher quality of life. Not only that, but nature positively impacts all children, regardless of cognitive abilities.

The health benefits of nature begin in childhood. A study conducted by Bjinens et al. found that, “…increased early-life exposure to residential greenness was associated with lower blood pressure in young adulthood.”

Another study, using Head Start Centers, found that outdoor time was associated with a decreased BMI in preschool children. Associations were stronger for those who had a greater BMI at the start of the school year, were less active at home, and lived in less safe neighborhoods.

Let’s explore the benefits of nature for your kids’ brains more in-depth.

Differences in the brains of adults and children

Cognitive reasoning, analysis, moral thinking and other brain functions are still developing in children and teenagers so they do not process their experiences the same way as adults. As a result, a child or teen generally has more difficulty identifying and expressing distressful emotional states in themselves and others.

Children also don’t have the same ability to make logical decisions as their older counterparts. The frontal lobe, the area of the brain responsible for good decision making, is not fully formed until the age of 25.

Teenagers’ and childrens’ brains are also extremely impressionable because their brains don’t fully develop until the age of 25. That can make them more susceptible to mental health disorders, mood swings, and can stunt or enhance their development in a variety of ways.

If you want to enhance your child’s brain development, creating opportunities for them to spend time in nature might be a natural way to do so. While many of us experienced the benefits of playing outside when we were growing up, it will be more difficult to get children to play outside in the 2020s.

While children aren’t playing outside as much as they used to, the benefits of spending time in nature haven’t gone away. A 2021 study looked at the impact of an outdoor mindfulness program on children aged 7-11. The study found children felt calmer and more relaxed after spending time in the program. While time in nature improves children’s moods, there are specific nature activities that can impact certain cognitive functions.

Childhood is one of the few times in life devoted entirely to learning. While one’s ability to learn is, in part, genetic and people are differently abled, a child’s environment can help or deter learning.

A 2021 study found that when primary school children learned outside or in a room with lots of windows or ways to look at nature, they performed better on standardized attention and concentration tests. Children who experienced outdoor learning programs or had a view of nature in their schools also felt a greater sense of social belonging, were prouder of their academic achievements, felt less stressed, and were better able to concentrate.

Learning doesn’t have to take place in a classroom with no windows. In fact, staring out the window during class might not be a distraction at all, but a way to trigger parts of the brain associated with learning.

Our brain health and physical health are interrelated because our brain controls our motor skills and ability to move different parts of our body. For younger children in particular, it’s important that they develop good cognitive-motor skills in order to enhance their quality of living and ability to perform a variety of tasks.

Orienteering in outdoor areas might be particularly beneficial to children’s cognitive-motor skills. A 2021 study examined the impact of orienteering outside for children ages 2-5 and found it greatly improved their visual spatial knowledge and cognitive motor skills. Spending time outside, particularly in organized group activities, can aid in early childhood development.

A clinical trial from 2020 aimed to explore the effects of an eight-week surfing intervention on various physical fitness measures in 71 children, who had disabilities such as autism spectrum disorder, down syndrome, global developmental delays, and cerebral palsy.

Compared to a group which instead engaged in “unstructured pool playgroups,” the surfing group saw significant physiological improvements such as improved core strength, upper body strength, flexibility, and cardiorespiratory endurance, as well as a significant reduction in total body fat percentage and a significant improvement in bone mineral density.”

While eye health may not be as directly related to cognitive processes as the other areas discussed, it still is related to overall health. One condition in particular that can negatively impact eye health is myopia, or nearsightedness. More children today than ever before suffer from myopia. Spending too much time in front of screens can increase a child’s risk of myopia while spending time outside can improve their eyesight. 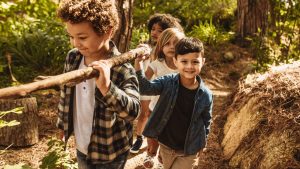 A landmark 2008 study established the connection between outdoor activity and a decreased risk of myopia in children. The researchers found it doesn’t matter what a child does outside, just that they spend time in nature: “higher levels of total time spent outdoors, rather than sport per se, were associated with less myopia.”

Whether you’re concerned about your child’s cognitive-motor skills or wish they could be less stressed and happier, nature could be the answer. Nature has the power to radically transform our kids’ brains and ought to play a role in their childhood. If you’re looking for ways to spend more time outside with your children (or your classroom if you’re an educator), check out the Nature and Children Center’s online resource library.

If you want to learn more about the power of nature no matter your age, consider subscribing to my weekly newsletter. When you subscribe, you’ll also get my free guide to feel less stressed this week using nature.

When Should I Plant My Garden?

Your Brain on Nature: How Cold Weather Affects Us and Fending Off Seasonal Depression