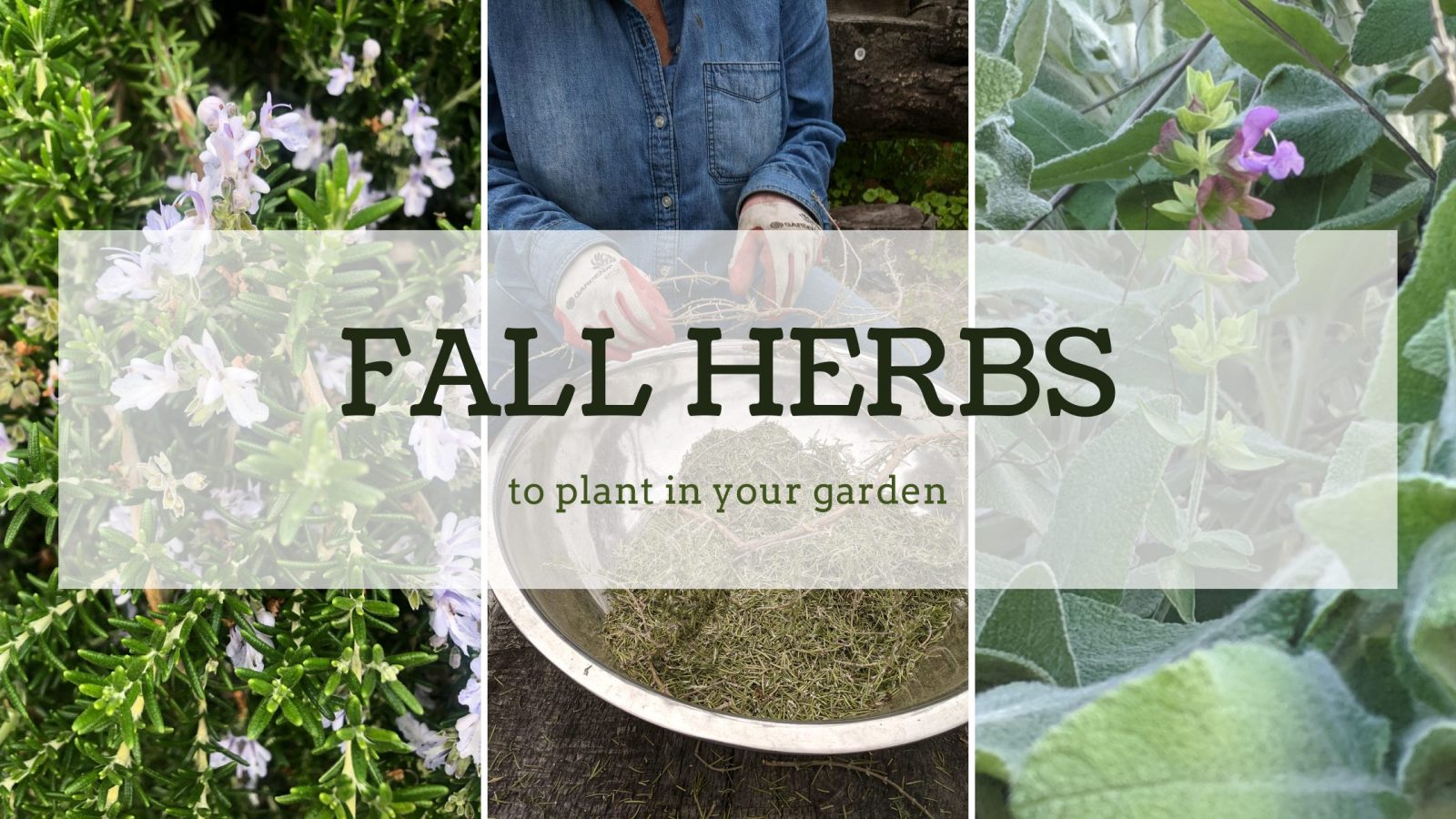 Gardening is often thought to be a spring or summer activity. But in many regions, you can garden in the autumn too. Plants, such as these three fall herbs, are great to grow in your garden this September–and to add to your plate throughout the fall and winter months.

Rosemary, thyme, and sage are three medicinal herbs which thrive during brisk autumn days. Each one has its own health benefits and certain gardening considerations to keep in mind.

Medicinal herbs are not only a great addition to your garden, they are antioxidative, anti-inflammatory secret weapons that can improve your cognition and mood and even guard against cancer. By planting them in the fall, you can enjoy the health benefits throughout Halloween, Thanksgiving, and beyond.

Rosemary is one of the most popular herbs out there for a good reason. What you might not know about rosemary is that it’s a great herb to grow in the fall. This plant can be used in autumn meals or dried for use later.

Since this plant is from the Mediterrnean, it can only grow outside until temperatures hit 32 degree fahrenheit or 0 degrees celsius. It also needs six hours of sun and well-drained soil. In most parts of the world, September still meets the requirements to grow rosemary.

What are the health benefits of Rosemary?

If getting a whiff of a fragrant rosemary shrub calms you down, you’re not alone: research shows that the smell of rosemary actually triggers free radical scavenging activity in your body and decreases the level of the stress hormone cortisol in your body. But that’s not all rosemary can do.

Rosemary has strong antioxidant properties, due to the high levels of carnosic acid and carnosol found in the leaf. A 2018 Reviews on Recent Clinical Trials report found that rosemary suppressed the activation of inflammatory cytokines and shut down specific enzymes involved in inflammation during in vitro experiments. 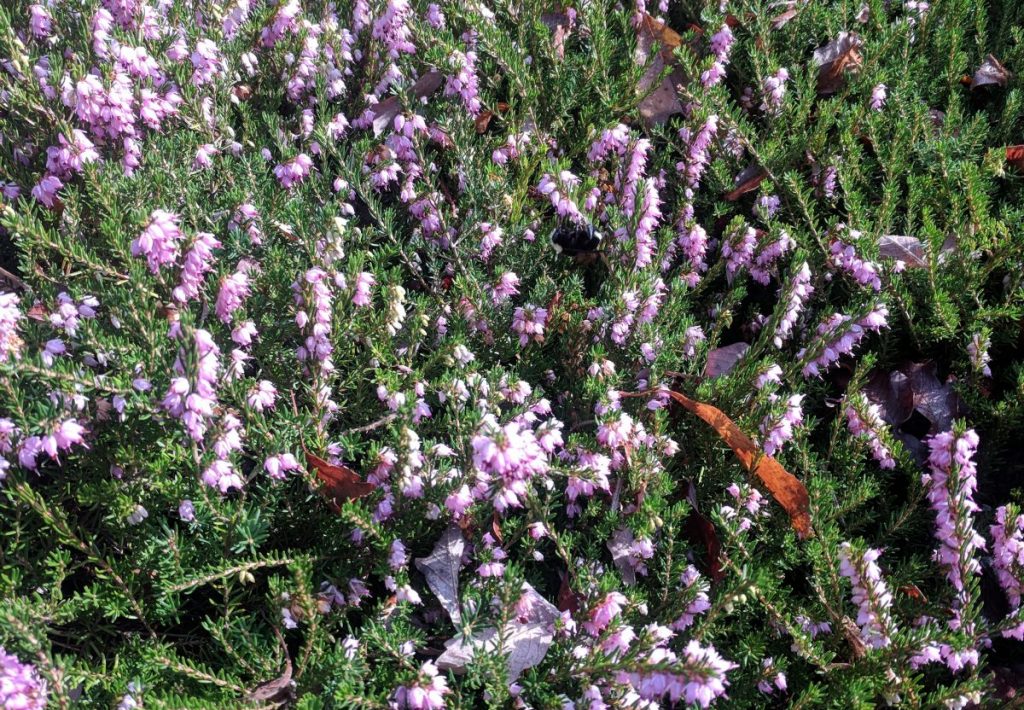 Another major benefit of rosemary comes in the realm of cognition and mental health. In 2003, a randomized study of 140 subjects, using a cognitive assessment battery test and self-assessment mood scale, found that inhalation of rosemary and lavender oils enhanced cognitive function. Rosemary has long been thought to help with memory—in fact, Greek students over 2000 years ago placed sprigs of it in their hair during exams!—so it’s fascinating to finally see science back up these age-old remedies.

Rosemary oil or extract has also been found to reduce stress and depression, improve vascular health, reduce toxic chemical-induced liver damage and cirrhosis, and even have an anticarcinogenic effect by reducing the expression of a number of proinflammatory genes. A recent randomized controlled clinical trial found it to be equivalent to minoxidil at creating hair regrowth, but with less itching.

Thyme is a delicious, earthy herb you’ll find in various cuisines, particularly Mediterranean ones as this plant thrives in a hot climate. However, certain types of thyme, such as garden thyme, can also thrive if planted in autumn.

Similar to rosemary, thyme shouldn’t be planted when the weather drops below freezing. This plant does well in sun, can tolerate droughts, and does best in good-draining soil.

What are the health benefits of garden thyme?

Did you know that thyme also has considerable antimicrobial, antioxidant, antibacterial, anti-inflammatory, antispasmodic, and antifungal effects—and might even be an effective anti-cancer weapon? 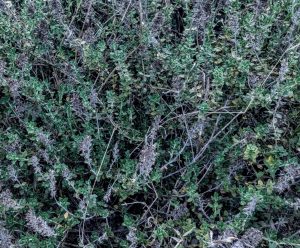 A 2010 study from the International Journal of Food Microbiology found that thymol—the active ingredient in thyme—can reduce bacterial resistance to common drugs, including penicillin, increasing the antibiotic susceptibility of drug-resistant bacteria.

A fascinating 2012 study looked at the effect of wild thyme on human breast cancer cells and found that the extract was “a promising candidate in the development of novel therapeutic drugs for breast cancer treatment,” while a study from the same year focusing on colon cancer found similar results indicating that thyme extract “may have a protective effect against colon cancers.”

Sage is a popular seasoning in many chef’s kitchens. While fresh or dried sage is easy to buy at the grocery store, it’s also easy to grow.

Sage can grow all year, including during the fall. But it does need plenty of sunlight and water. It’s quickest to buy transplants from a local garden, but during the fall until spring, you can plant sage seeds or cuttings.

What are the health benefits of culinary sage? 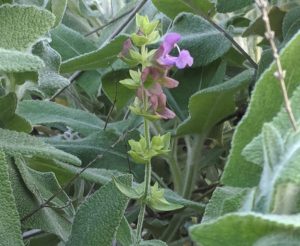 A number of in vitro and animal studies have confirmed that several species of salvia (often used as an umbrella term for 500+ types of sage) contain active compounds that may enhance cognitive activity and protect against neurodegenerative disease. And several types of salvia have even been shown to produce “antidepressant and anxiolytic-like effects via animal models of depression and anxiety.”

A fascinating review from 2017 aimed to look at all the up-to-date information on the pharmacological findings reported for sage, ultimately concluding that “on the basis of the available literature evidence, this plant shows anticancer, anti-inflammatory, antinociceptive, antioxidant, antimicrobial, hypoglycemic, hypolipidemic, and memory-enhancing effects. The effectiveness of S. officinalis as an antinociceptive, hypolipidemic, and memory-enhancing medicinal plant has been confirmed with clinical trials.”

Sage, thyme, and rosemary are three of the many plants which can thrive in your garden–and on your plate during fall. Just because many think gardening is a spring or summer activity, doesn’t mean you have to stop all gardening in the fall.

How to Be Happier with Nature