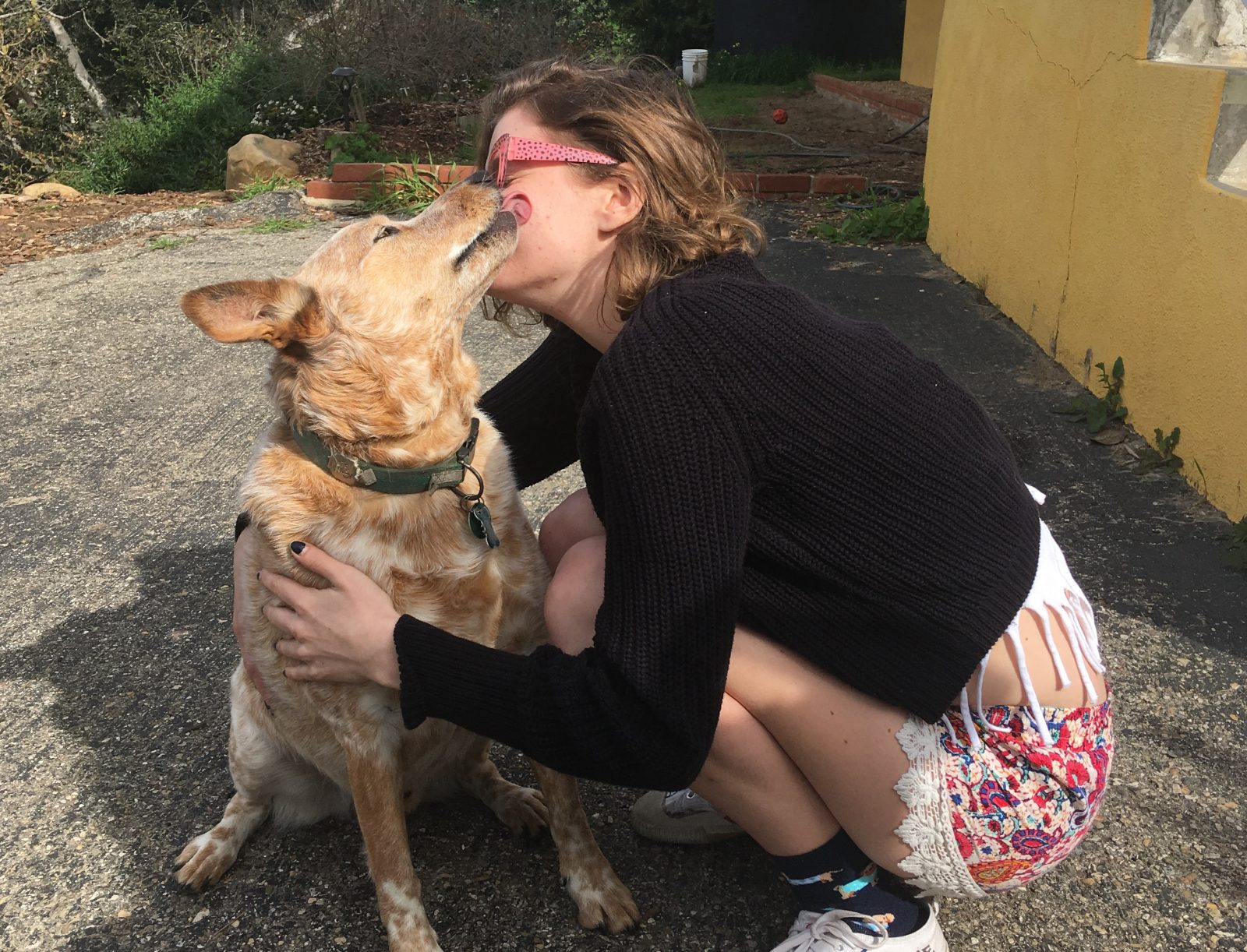 There are about a million good reasons to get a pet, whether you want a mouse hunter, a couch cuddler, or an adventure buddy. But did you know that having a pet is actually good for your health? That’s right: pets can actually work just like medicine to help us heal. There are many benefits of pet therapy, but today we’ll discuss four major ways that pets help reduce stress and help us heal!

A 2005 article from the American Heart Association showed that just 12 minutes visiting with a dog was enough to help heart and lung function by “lowering pressures, diminishing release of harmful hormones and decreasing anxiety among hospitalized heart failure patients.” They reported that researchers studied three groups—patients visited by a volunteer and a dog, patients visited by just a volunteer, and patients visited by no one. The anxiety scores of those with no visitors stayed the same; those with just a human volunteer saw a 10% decrease in anxiety; but the dog-volunteer group saw a substantial 24% reduction in their anxiety scores.

2) They’re good for your physical health too! It’s not just your mental health that improves with a pet — pet therapy actually lowers blood pressure, improves cardiovascular health and can reduce overall physical pain, as well as reducing the amount of medication some people need by as much as 50%!

A 2015 article studying pet ownership and physical health found numerous correlations between the two, including cardiovascular improvements and decreased loneliness, that suggested interacting with a pet was causally related to positive health outcomes. They reported that “the value of pet ownership and animal-assisted therapy…is starting to be realized” but called for more investigations to examine the underlying mechanism of that relationship, especially the role of oxytocin.

4) They help keep your mind sharp in your later years. A huge amount of the research available focuses specifically on the huge benefits pet ownership and animal-assisted therapy has for our senior population. For older patients, pet therapy reduces loneliness and increases mental stimulation or those struggling with the solitude of long-term care, and it can actually help patients with Alzheimer’s (or even just those with head injuries) recall memories and sequence temporal events.

One study from 2013 did a matched case-control trial on the relationship between animal-assisted therapy and agitation and depression in nursing home residents with dementia. It found that while the group which received animal therapy interventions did not see any change in the frequency or severity of their symptoms, the group without it actually saw a significant increase in their own symptoms over the course of the 10 week study, suggesting that while animal therapy may not be able to reverse the effects of dementia, it can play a role in delaying its progression.

Interested in finding out more ways animal therapy or pet therapy can help you heal? Check out today’s video.

Your Brain on Walking: Mental Health Benefits of Walking