By DrLaPuma 7 years agoNo Comments
Home  /  Drug Food Safety  /  What Should You Know About What Is In Your Wine? 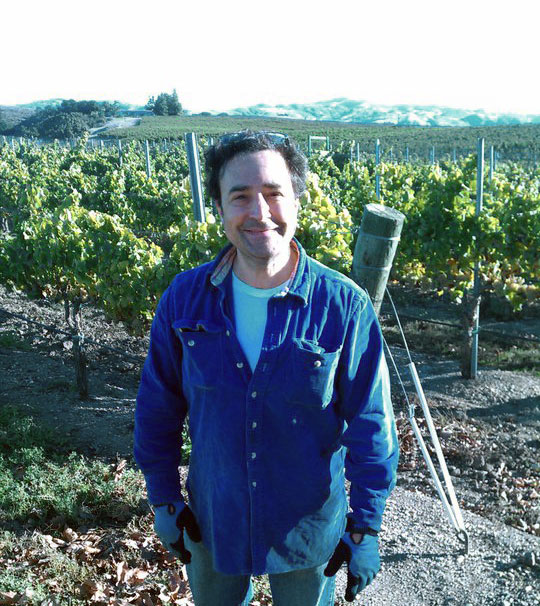 Wine is bottled poetry (Stevenson), or the civilized drink (Hemingway), or magic. Making wine is, if you can believe it, even better.

Wine is also good for you, in small, regular amounts: it almost certainly reduces risk for heart attack and stroke; reduces inflammation (likely the mechanism of most chronic disease) and blood clotting propensity; and raises HDL or healthy cholesterol. If its resveratrol turns out to promote healthy aging, so much the better, though it is looking like that is a mouse-effect and not a human one.

But what is in wine? Grapes, at its purest incarnation.  But rarely are grapes the only ingredient in wine.  For many reasons, that’s a good thing: some additives to wine make it better tasting and more stable in the bottle, generally speaking.

In this welcome age of better transparency and concern about what’s in food and drink and where it comes from, I think it helps to think about wine as food (excepting, of course, those disadvantaged souls who are alcoholic, or have uncontrolled atrial fibrillation or anxiety disorders, or serious liver disease, or who otherwise should not drink wine).

Wine as food clarifies a lot of the au naturel arguments about what is a RAW wine, or a natural wine, or a real wine, and avoids the unhappy reality that organic wine (modestly related to the natural wine movement) is the only organic food product that seems to decline in value when appropriately labelled as such. I hope that changes, and ditto for biodynamic wines.

Because 1 in 12 Americans now consider themselves vegetarian or vegan, and because so much wine is being exported to and developed in lands which have prized vegetarian eating patterns, and because of the national push to know what is in food and where it’s from, and because of the 7 percent incidence of wine intolerance, it makes sense to me to ask large wine producers to lead by example, and identify what ingredients and additives go into their wine.

Big beer producers An-Busch (Budweiser) and Miller Coors now do this: winemakers of similar stature should too. Actually, at least one vegan wine site is already doing so for vegan wines; the dozens of substances allowed in wine are listed on the TTB website; and yet with one or two exceptions, and for wines in Australia and Germany which require disclosure, wine additives are a wine website mystery.

For example, additives like animal collagen/gelatin and egg white (both used for centuries to remove astringent tannins), isinglass (a fish bladder derivative, less commonly used now), milk and casein (the principal protein in milk, both used for fining white and rose wines) are commonly used in winemaking. All except collagen/gelatin are also common allergens, although most winemakers filter white and rose wines, and cases of actual allergy have not been confirmed. Large protein molecules are filtered out, though tiny amounts remain.

These permitted additives help make great wine, as do added yeast and bacteria for fermentation, as does potassium metabisulfite, which stabilizes wine as well (though when overdone can taste like rotten eggs).

But those consumers who may want to avoid even traces of chemical additives, and especially animal products, and as importantly, choose wines that are made without allergen additions even if removed should have a chance to do so.

Large wine producers and factories have more to gain doing this than small ones, but a rising tide will lift both boats. Showing consumers what’s in a product and how it’s made demystifies it, which wine could use, and makes consumers more curious, and in many cases happier, in part because they now have a story to tell and re-tell, and that will make every winemaker and winery happy.  Because the story of a wine is often a story of a place, a person or an idea that started to color outside the lines.

Small wineries make wine because they love it, the lifestyle and the life they are trying to create or are creating with and for their families and customers. They also love the truly hard work of making wine.

Making wine is physical, sticky, wet work which is nearly always inconveniently timed and more than occasionally dangerous, especially when a forklift is involved, which is nearly always. Careful grape farming, in my opinion, is often even harder than careful wine making. Full grape arbors, seductive cellar aromas and toasted oak barrels with their sweet vanillin and rough exterior are just the pretty face of winemaking, masking the tough realities of merchandising and warehousing, regulation and sanitation, inventory and distribution.

An often expressed fear of such website transparency is that it will make people fearful of buying and drinking wine, once they see behind the curtain. Actually, I think just the opposite is true. Consumers will rapidly be able to discern factory wine production from artisan winemaking.  Dietary preferences, especially for those on plant-only diets, will be expressed and met.  Winemakers will become more creative, and will look for nonchemical ways to fix problem wines; larger producers will want to minimize wine manipulation.

And for large producers who have to reveal significant watering back, leucovorin additions and extra potassium sorbate, not to mention enzymes, coloring agents and stabilizers to boot, just note: it has not hurt multinational food corporations to disclose what goes into junk food; they appear to sell more fast food burgers, buns and fries than ever before.

This is a golden age in winemaking (and in cooking and eating healthy food, though that is another post): the 2014 California wine grape harvest is, apparently, nearly as big as the past two years, which were two of the biggest ever, and there is a lot of bulk wine in tankers, waiting to find a home. With America’s increasing consumption and romance with wine, I think it will.  I predict it may find even more eager homes if consumers know a wine’s story, and can tell it with the pleasure of a meal.

Keep Physicians Safe From Burn Out

Reduce Anxiety with the Benefits of Passionflower

How to Naturally Treat Seasonal Allergies