Two Ways to Improve Your Flu Immunity: D3 and Vaccines

By DrLaPuma 11 years ago1 Comment
Home  /  Aging and Costs of Aging  /  Two Ways to Improve Your Flu Immunity: D3 and Vaccines 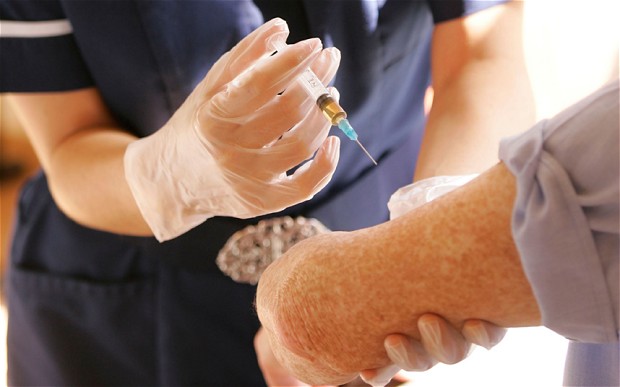 Earlier this month, I got a flu shot. I also took 2000IU of vitamin D3.  Some people see this as redundant.  Not me.

The recent news that pregnant women who get flu shots protect their fetuses and themselves meshes perfectly with the recent news that vitamin D3 is more of a (helpful) steroid hormone than a vitamin. Too little vitamin D means more fatal infections.

Almost two thirds of the U.S is deficient in vitamin D. That’s nothing to sneeze at. Some scholars believe Vitamin D deficiency is the “seasonal stimulus” for flu epidemics.  In fact, 2000 IU daily prevented nearly 100% of the flu in an excellent RCT study of post-menopausal women.

You can test your vitamin D levels–both vitamin D2 and D3 deficiency or excess–by using this simple at-home test.

Epicurious asked me for a list of flu-fighting foods: I came up with six (actually six categories):

But even these foods should be used in addition to vitamin D3, and a flu shot.

What to Ask Your Doctor About Nutrition

Everything You Need to Know About Vitamin D and Your Health

Why Friendship is Important for a Healthy Life