Eat your way to better health: how to avoid statins, PCSK9 drugs for cholesterol

By DrLaPuma 7 years agoNo Comments
Home  /  Aging and Costs of Aging  /  Eat your way to better health: how to avoid statins, PCSK9 drugs for cholesterol 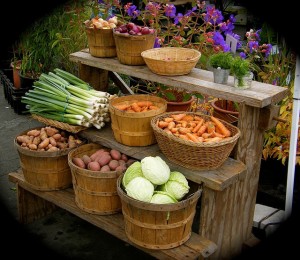 Though I’ve written about this in the WSJ and the NY Times before, I thought I’d lay out a more succinct approach to something that millions now struggle with.  The fact that the FDA has approved a second new injectable drug to lower very high cholesterol, Amgen’s Repatha, means that we’ll hear a lot more about cholesterol and heart disease. Sanofi/Regeneron’s Praluent was approval was in July 2015.

Both drugs block a gene called PCSK9 and lower LDL (lousy) cholesterol. There is no data about their ability to prevent heart attacks or stroke, or about their long term side effects.

Checking your own cholesterol, and tracking your own labs, is a powerful tool for better health too.  What really matters are LDL particles–and those can differ from the number you get on most lab reports, which is a calculated estimate of LDL. You can measure this yourself with CardioChek, or a multitest cholesterol testing device, or ask your doctor for a specialized test to distinguish LDL subtypes, or use this online test for direct LDL measurement.

Many physicians are enthusiastic about the new drugs: they drop total LDL like a rock. But they’re uber expensive: one is $14.1k and the other $14.6k annually, estimated. If they’re not covered by insurance, few patients will be able to afford them. CVS Health Corp, the #2 U.S. drug benefit plan manager, will discourage their use, in favor of statins.

But food, relative to medication, is really cheap. Many of these are not only on a supermarket shelf year round, but a few of them you can grow yourself or buy from the person who does! The right foods, for many people, lower LDL.  Which are they?

On the other hand, some foods specifically raise cholesterol, and not HDL (healthy, or good) cholesterol.

High fructose corn syrup increases LDL (and triglycerides) when it makes up just ten percent of your calories in a day.  U.S. adults get about 13 percent of their calories from added sugars.

And then some foods reported for years to matter to raise cholesterol, don’t seem to cause heart disease.

Foods high in cholesterol (egg yolks, shrimp, scallops) don’t raise your LDL level significantly unless they’re also loaded with trans fats, or heavily battered, breaded or sugared.  In fact, dietary cholesterol is no longer a “nutrient of concern” in the 2015 Dietary Guidelines for Americans.

Eating less of foods rich in saturated fat (butter, cheese, dairy-based desserts, processed meats) will lower your LDL. But they’ll lower your risk for heart disease only if you replace them with, say, olive oil, avocado, nuts and fish, and not with refined carbs. In other words, if you hold the saturated fat-laden salami and cheese on buttered bread and replace it with cheez-its, you might as well have had the sandwich.

Paradoxically, most Americans are still trying to lower the fat in their diet, according to a 2014 Gallup Poll.  But that’s the wrong emphasis, because highly processed foods are the real killers in medicine. Total fat is unimportant.

Eating minimally processed foods typical of the Mediterranean diet, that work like medicine in the body, is an easier, satisfying, effective, beautiful, delicious and even more economical approach.

10 Foodie Tricks to Saving Money: How Not to Waste Food