The Calming Power of Passionflower 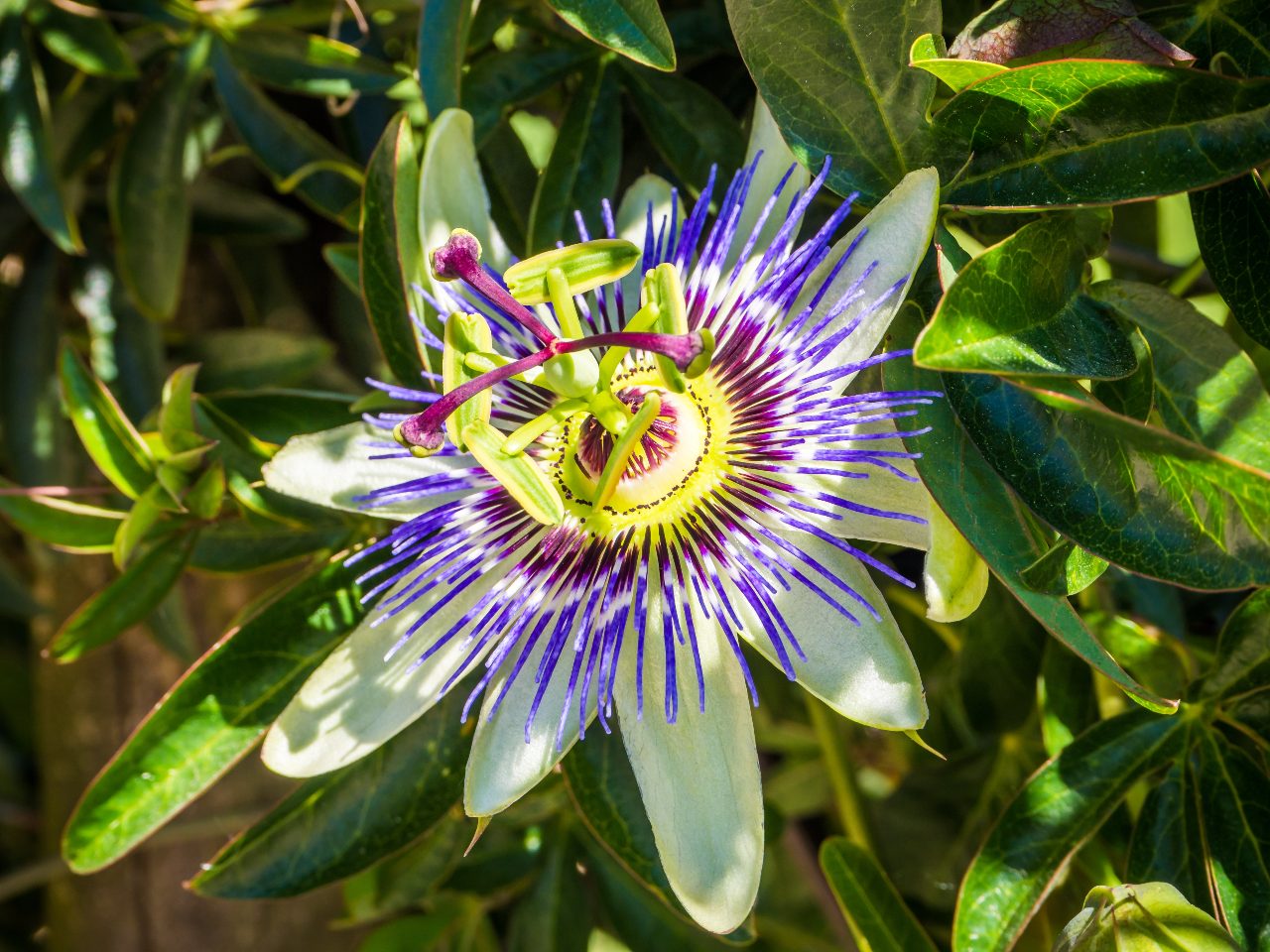 For centuries, the unusual looking violet and white passionflower (Passiflora incarnata) has been used as a calming botanical treatment.

Its use dates back to the Aztecs in Central America who used parts of the vine to treat insomnia. Native Americans used it to soothe inflammation in wounds. Spanish conquistadors brought passionflower to Europe and from there it made its way to North America.

As the herb traveled the world, new uses were discovered. It has been used as a calming tonic for babies during weaning, to tame anxiety, and to support a general state of relaxation. Today, passionflower has therapeutic uses as a gentle sedative to reduce anxiousness and as a sleep aid.

So what is the source of the calming power of passionflower? The exact pathways through which passionflower brings about calming effects are still being studied. We know that some compounds in passionflower bind to the same areas of brain cells affected by a neurotransmitter known as GABA. Like GABA, passionflower soothes the nervous system by reducing activity in certain brain cells, resulting in a relaxation response.

There are many ways to use passionflower: loose leaf and bagged tea, capsule or tablet, and tincture. Drowsiness and dizziness can occur when taking passionflower. When taken with other medications, it can increase the effects of those medications. Passionflower also contains compounds that can stimulate the uterus, so it is not suitable for pregnant women. Before using passionflower in any form, consult with a physician.

What is Greening the Indoors?

Find Out What You Really Want Before 2021 with Shadow Journaling