How Cinnamon can Improve your Gut Health 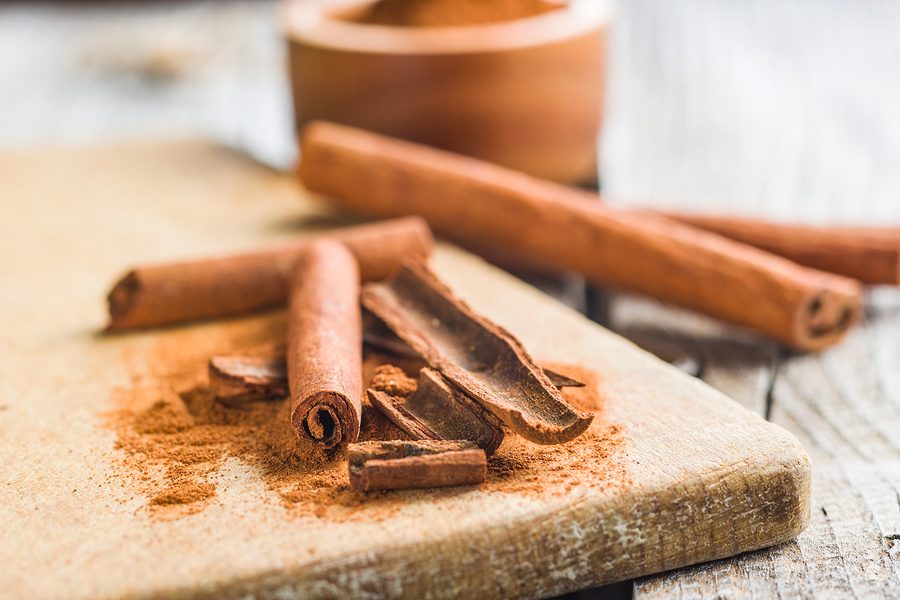 Cinnamon is a much-beloved sweet herb used in cooking. But you might not know that cinnamon has been used for centuries to improve gut health and treat a variety of health concerns such as fever, menstrual problems, congestion, sore throat and cough, and gastrointestinal distress. That’s right: this unassuming dessert spice is actually an anti-microbial, anti-parasitic, antioxidant secret weapon!

Preliminary research shows that cinnamon helps support the optimal environment for “friendly” gut bacteria to thrive, while suppressing the growth of “unfriendly” bacteria. This effect appears to be adaptogenic, meaning the bioactive chemicals in cinnamon adjust to your body’s specific needs.

Cinnamon has four main varieties, with dozens of subtypes. The two most commercially used are Cinnamomum cassia – aka Cassia Cinnamon or Chinese cinnamon, and Cinnamon zeylanicum – aka Ceylon or True Cinnamon, from Sri Lanka. The other two, Saigon and Korintje, are often used for their essential oils. Each contains a varying amount of biologically active compounds.

Ceylon is the most commonly studied because it has the lowest levels of coumarin, which is high in other varieties and can be toxic to the liver. Preliminary evidence suggests that Ceylon has anti-microbial, anti-parasitic, antioxidant and free radical scavenging properties. This means it supports the body’s innate processes for reducing inflammation, protecting the cells from damage, supporting detoxification, and maintaining the integrity of tissues, particularly in the intestinal lining. In a nutshell, cinnamon appears to exert its beneficial effects on the gut by supporting a healthy balance of beneficial bacteria, while decreasing the inflammatory effects of “unfriendly” bacteria.

Almost every part of the cinnamon tree, including the bark, leaves, flowers, fruits and roots, has some medicinal or culinary use. The chemical composition can vary drastically in each of these parts, which suggests each may have different effects in the body as well. As a medicinal supplement, each of us responds to different doses and forms of cinnamon whether used in cooking or taken as a supplement. Because cinnamon can change the way some medications work, it’s important to speak with a physician before taking a cinnamon supplement.

For more cinnamon in your life, try my Sweet Potato Pancakes with Apple and Cinnamon or my Double Apple Cinnamon Smoothie.

For weekly EcoMedicine advice and my exclusive, free ebook on how to be less stressed and happier using nature, subscribe to my email list: https://www.drjohnlapuma.com/join-our-community/