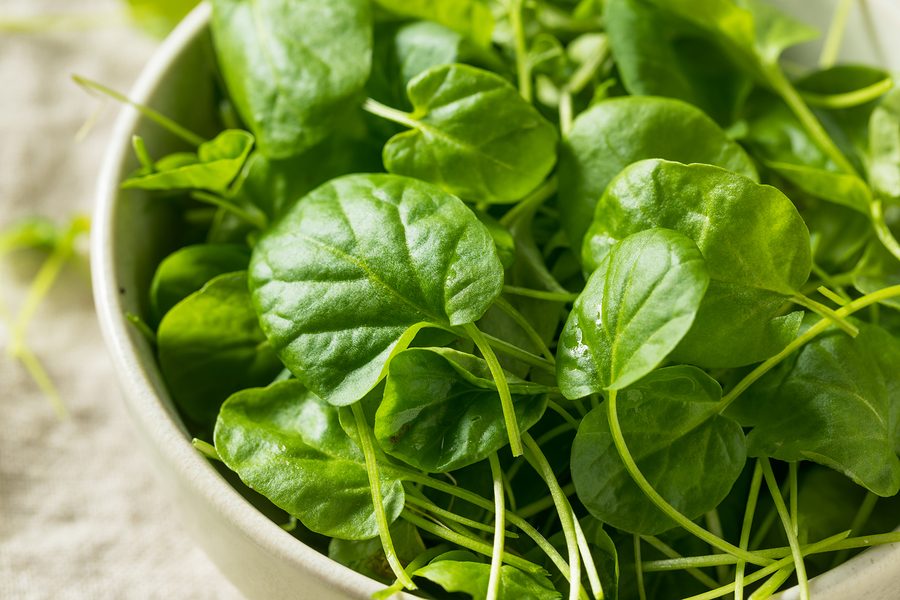 You might think of watercress as that peppery little green that garnishes your plate sometimes—or you might simply not think about it at all! But neglect this superfood at your own risk, because its dense nutritional content makes it the perfect food to experiment with in your kitchen—especially during allergy season. Watercress is a natural way to fight allergies and a great way to utilize the power of ecomedicine, the idea that natural therapies and health solutions are good for you and the environment.

Welcome to another installment in my “What is EcoMedicine?” series, part of my goal to create a compendium of well-researched scientific blogs on the nature therapies which together form the new scientific field of EcoMedicine. It blends the ancient wisdom of nature with the modern science of medicine to create indoor and outdoor prescriptions to prevent and treat disease.

Some of the nutrients found in watercress are vitamin A (from beta-carotene), vitamin B6, vitamin C, folate, iodine, calcium, and iron. It’s also a source of several phytochemicals that support the plant’s health and metabolism and are beneficial to human health, including blocking allergic responses. But one of watercress’s most fascinating benefits is the way in which it blocks allergic responses.

One study of particular interest, shows that the phytochemicals in watercress inhibit 60% of histamines released from mast cells. That’s amazing news for anyone seeking allergy relief. As we’ve discussed, mast cells are types of white blood cells within the immune and neuroimmune systems. Mast cells are involved in allergies and anaphylactic reactions and play an important role in wound healing, immunity, and other physiological functions. While many vegetables contain compounds that help lower histamines and support immunities, several of the phytochemicals in watercress actually block histamine release and that helps keep the immune system from going into overdrive.

Though common to the U.S., watercress is challenging to grow because of the unique circumstances required for cultivation. In the wild, watercress grows on the edge of rivers and streams. As an edible crop, it’s grown in shallow spring water beds. Watercress is sold as a fresh salad vegetable, both by itself or mixed with other salad leaves, and is readily available from greengrocers and supermarkets.

Watercress is very versatile and can be enjoyed raw, in soup, or added to a stir-fry, sauce, pizza and fish dishes. In fact, I bet you’ll love my Watercress Topped Leek & Feta Pizzas. And here’s a bonus recipe for Watercress with Sauteed Ginger and Shiitake Mushrooms.

Spring into the season with this zesty and healthy dish. Watercress is one of the beautiful greens you’ll see in the supermarket or farmer’s market. With its exotic leaves and zesty flavor, watercress is ideally suited for sautéing. Because the flavor is strong (unlike spinach, which is mild), it’s best to pair watercress with other strong flavors such as ginger, garlic, green onion and sesame oil, making it the perfect addition to a stir-fry recipe.

Heat the oil over low-medium heat; cook garlic and ginger until fragrant.

Increase the heat to medium, add the shiitake mushrooms and cook for 4 minutes. Add the watercress and saute another 2-3 minutes.

While the watercress is finishing, toast sesame seeds in the toaster oven on a foil lined pan for 1 minute. Sprinkle the seeds on the saute to finish.

Serve with brown rice and your favorite protein source.

How to Improve Respiratory Health with Superfood Moringa