Improve Your Health With Cauliflower 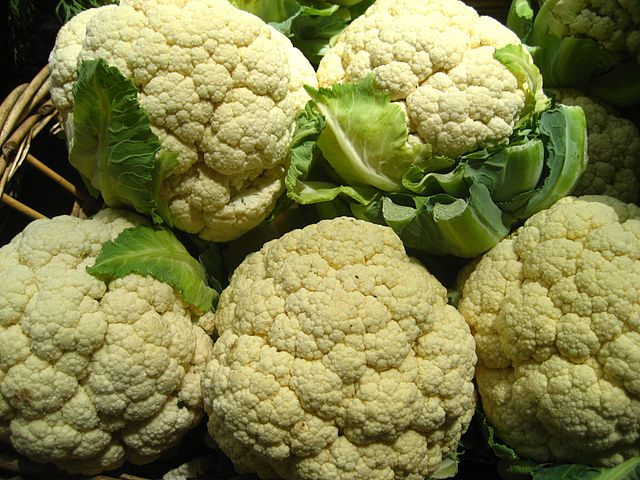 Known as broccoli’s pale cousin, cauliflower offers just as many fantastic health benefits as other members of the cruciferous vegetable family.

Cauliflower is a great source of glucosinolates, sulfur-containing compounds that support optimal functioning of our cardiovascular, digestive, immune, and detoxification systems. Sulfur, the third most abundant mineral in the body, is highly concentrated in the muscles, skin, and bones. It’s essential to processes that create protein for cells, tissues, hormones, enzymes, and antibodies.

Research also shows a strong relationship between glucosinolates and the antioxidant properties of cauliflower. Some of the more colorful versions of cauliflower such as Grafiti (purple) cauliflower, have a strong profile of these two powerful plant nutrients. But don’t feel you have to go on a hunt for colored cauliflower; white, the most commonly consumed variety of cauliflower, is rich in nutrients and plays an important role in a whole foods diet.

Cauliflower can be prepared in many ways. It can be roasted, sautéed, steamed, or boiled. Studies have shown equivalent benefits from raw and cooked cauliflower, as long as it’s not overcooked. Sautéed cauliflower is a better option than boiling, steaming or microwaving, which changes its consistency depleting flavor and nutrition. To spice up sautéed cauliflower, add herbs such as turmeric, garlic, or shallot.

Putting Cauliflower Center Stage
Most people think of cauliflower as a side to steak, not the “meat of the meal.” But cut into thick slabs and roasted with spices, this plain vegetable is easily transformed into a flavorful dish. Roasting brings out the subtle nutty flavor of cauliflower. The brilliant colors and flavors of turmeric, ginger, cumin, and cilantro create cauliflower “steaks” that are simple to prepare and fancy enough for a dinner party or to add pizazz to an ordinary family dinner.

The Secrets to Bouncing Back from Adversity

Spring Cleaning, Inside and Out

Your Liver and You, Part II