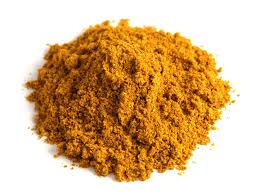 One of my patients, an Indian man with prostate cancer recently told me “I’ve stopped eating ice cream because of the sugar, because sugar feeds cancer.”

There’s a lot to say about this: that cancers are food-specific (what works for one in prevention or treatment may not work for another); that sugar is the new tobacco (see, for example, the terrific film/DVD Fed Up!, produced by Katie Couric and Laurie David, who did An Inconvenient Truth, on Amazon here); that Indians are especially unlikely to get prostate cancer, as  U.S. men get 23 times more prostate cancer than men in India.

That’s true not just for prostate cancer but others.  Americans get between 8 and 14 times the rate of melanoma, 10 to 11 times more colorectal cancer, 9 times more endometrial cancer, 7 to 17 times more lung cancer, 7 to 8 times more bladder cancer, 5 times more breast cancer, and 9 to 12 times more kidney cancer, according to an 11 year old report in the Journal of PostGraduate Medicine.

Is my patient right? Tumor cells do use a lot more glucose than normal cells–up to 8x.  That’s why they light up on a PET scan.

No doubt that less sugar is consumed in Asian countries, and some of these cancers are related to obesity (prostate, colorectal, endometrial, breast).

Sugar is an inflammatory substance, and inflammation probably causes heart disease: earlier this month, a JAMA study showed those who get 25 percent or more of their calories from added sugar are nearly three times more likely to die of heart disease than those who consumed less than 10 percent.  A Swedish study of 8128 men did show that those who had the least soda and other sugar sweetened drink consumption were the most likely to avoid symptomatic prostate cancer; a smaller study of Jamaican men showed something similar.

Prescriptions of diet for cancer are best given individually,  based on what someone can do in their life, and how.  But it seemed to me a smart move for this man, who wants to fight prostate cancer, to avoid highly processed starches and sugars.

Sugar is often disguised in food: labels show 61 different kinds, which when added together would make sugar the first ingredient:  fructose, lactose, sucrose, maltose, glucose, dextrose are all sugar.  It’s hard to think that packaged foods which contain these as a first, second or third ingredient would be helping your body fight cancer.  A high sugar level means a high insulin level in most people, and that too feeds inflammation.

But maybe just as important as too much sugar is the extra dose of herbs and spices traditional Indians get:  100 mg/day of turmeric, for example, which contains the anti-inflammatory curcumin, best absorbed with black pepper, because of the piperine in the pepper: nearly all curries are rich in turmeric, which gives the a golden glow.

My patient has switched back to a traditional Indian diet, after decades of Westernizing his culinary world. Less meat, more plants, more spices.  A lot of legumes—beans, chickpeas, and lentils.  More coffee and tea. No vitamin E supplements.  And a good Indian cookbook: my friend Raghavan Iyer’s Indian Cooking Unfolded: A Master Class in Indian Cooking, with 100 Easy Recipes Using 10 Ingredients or Less.