Is Your Health As Egg-Cellent As It Can Be?

By DrLaPuma 7 years agoNo Comments
Home  /  Aging and Costs of Aging  /  Is Your Health As Egg-Cellent As It Can Be? 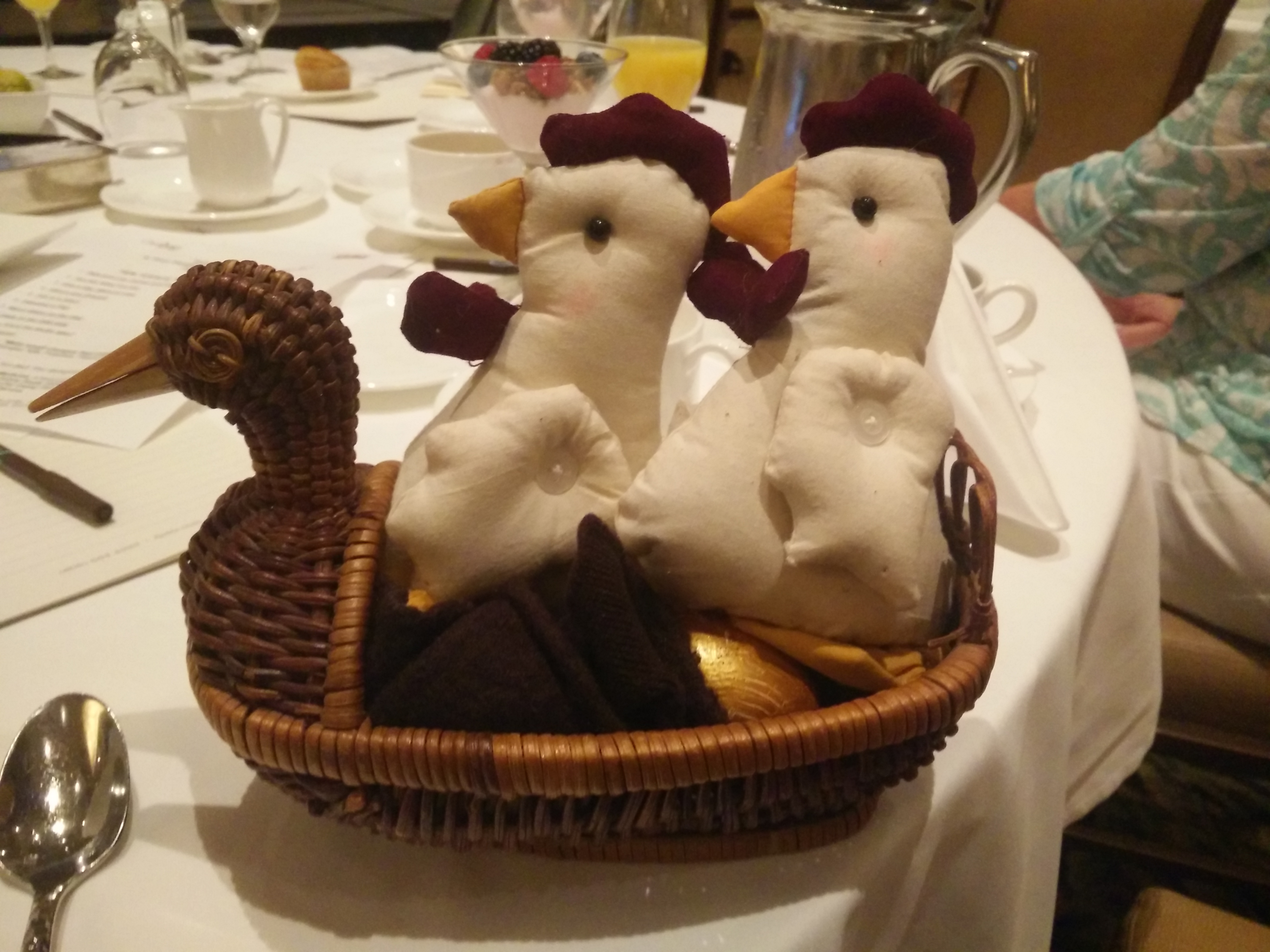 Today I had the privilege of speaking to the Pacific Egg and Poultry Association at their 92nd Annual Convention: what a great experience! I gave away rare citrus, and a golden egg, and signed lots of books. I hung easel slides with clothespins on a clothesline for the farm effect: kudos to Nancy Shobe for the inspiration.

Egg farmers have had it pretty rough the past 30 years: what with the Dietary Guideline pronouncing cholesterol a “nutrient of concern” (wrong on two accounts, since only protein, fat, carbs, vitamins, minerals and water are considered nutrients, and of course, dietary cholesterol is not of concern, and has not been) back in the ’70s, with a recent official change of mind coming none too soon for farmers ahead of the game.

Eggs are probably the single best example of “you are what you eat”: one farmer I met makes a “super egg” for friends and family (a little like I make wine, I think), with extra lutein and flax seeds, but not flax meal because the omega-3s oxidize. The yolk changes directly in proportion with what the chicken eats, and you absorb what’s in the yolk. 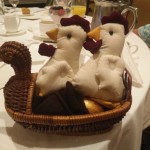 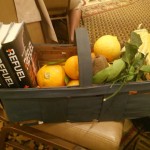 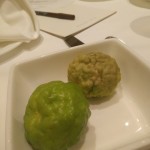 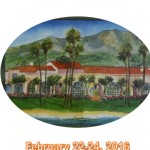 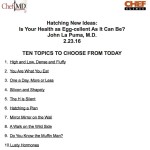 Some of the best information about egg nutrition comes from eggnutritionboard.org. The recent Finnish study showing 25% of cholesterol consumption from eggs (about 4 per week) among middle aged men followed for 21 years did not raise heart disease risk, even among those with the ApoE4 gene predisposing them to it.

That, plus the change in U.S. Dietary guidelines (and its direct impact on School Lunch, WIC, SNAP, military rations, feeding programs for the elderly and more), and the leadership of the True Health Initiative on simple health messages that work with the research base to support them, should be enough to have everyone give eggs a second look, an affordable and delicious source of protein: including the two poached on canadian bacon on a toasted English muffin served this morning for breakfast!

I have a special interest in food groups like this. Food trade groups and farmers do not have enough basic knowledge about human nutrition and food, though they are uber-knowledgeable about their crop and crop or animal nutrition.  And farming (especially small farming, especially sustainable farming, but really all farming) is hard work, and not well-rewarded by society.

But with the renewed interest in whole foods, in minimal processing, in knowing what’s really in what you’re eating and even how it works inside your body, I’m hopeful that the agricultural industry will get more of the recognition it deserves, and with it, the nascent nature as medicine “Vitamin N” movement.

These men and women already recognize whole foods; they know how hard it is to deal with government regulators, and often rely on sales people for nutritional knowledge.  They are well-intended, smart and have great pride in the food they raise (and many of these folks raise walnuts or almonds, and that’s a great marriage).

Farmers are engaged in the business of producing food–too much of which is left in the field, or on the ground, or culled– and culls could be a part of the solution to food insecurity, which is a medical problem, albeit unrecognized, as much as an agricultural and social one.

Onward! to teach the time-honored, proven principles about lifestyle as medicine, especially what you eat and how you live.